Mobilegeddon is here – is it? At least, Google has announced to begin globally rolling out the mobile-friendly update in the early morning today, April 21st. From now on, the mobile user-friendliness of websites is obviously a global ranking signal. We have analyzed our data, but can’t see any bigger movements or winners/losers yet.

UPDATE – Mobilegeddon has arrived! Check here:
Analysis with winners and losers of the Google Mobile Update.

However, there have been some interesting developments already in the last few weeks. It looks like Google has already been testing recently.

Some Examples for Recent Developments

Disregarding potential impact of changes caused by a rollout beginning today, we already wittnessed interesting developments for some domains over the last few weeks. Some data even looked like Google has already started rolling out the update earlier.

For example, the domain indeed.com has not been optimized for mobile a few weeks ago (as we showed in our recent Mobile analysis of the top 100 SEO Visibility domains), but now they are. Here is what the development looks like: 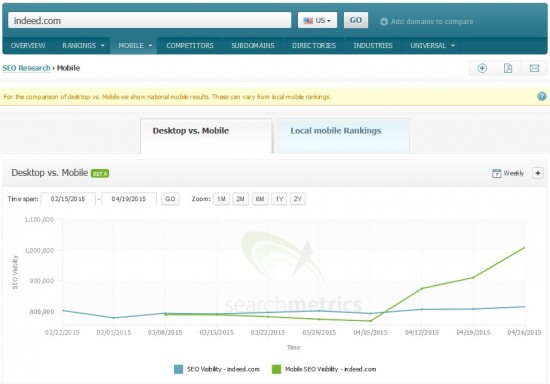 Compared to another job classifier, monster.com, you can see a clear difference: 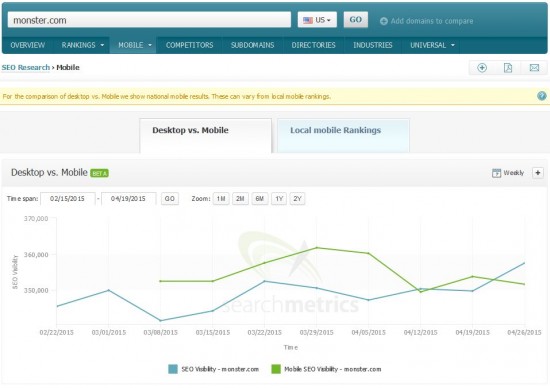 There is also another example from the real estate business: 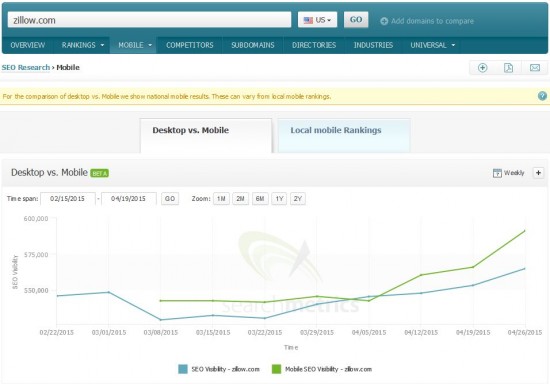 The same is true for cheapflights.com versus kayak.com: 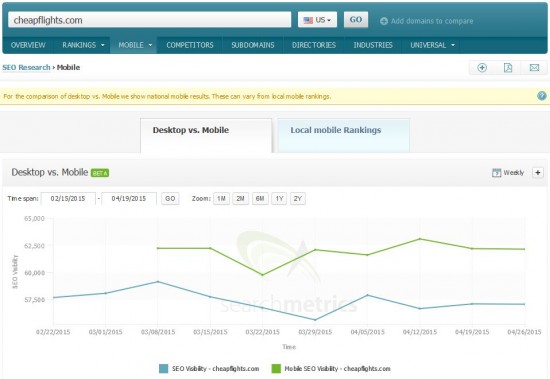 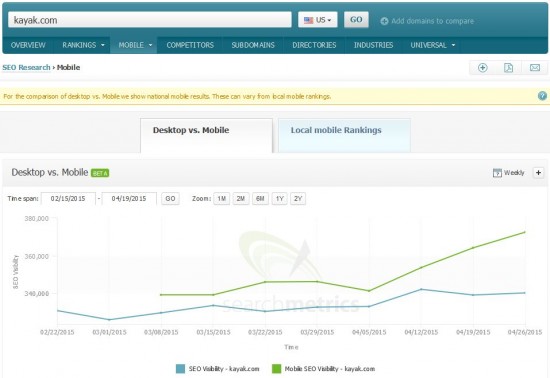 So as you can see, already in the last few weeks there already have been some interesting developments regarding Mobile.

Don’t forget: Today, we have released our new Mobile Research with brandnew features for Mobile analyses. So now, every user of the Searchmetrics Suite is able to track Mobile Performance, Rankings and Mobile Visibility also historical. And for local.

Mobile is not only Mobile, but Local too

Mobile doesn’t go without Local. These two parameters are tied very close together. Take a look at the local differences in Mobile SEO Visibility for latimes.com for example: 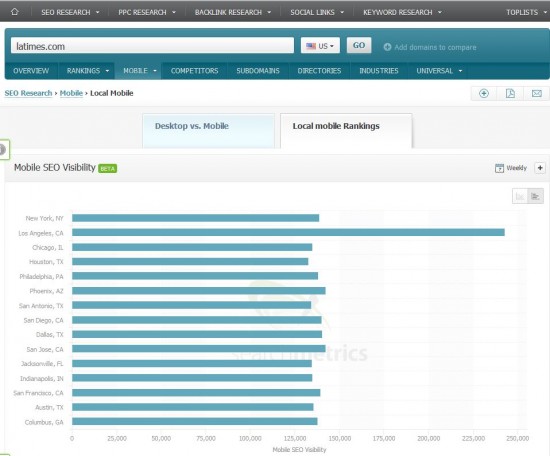 There are many other examples for these kinds of local visibility differences.

Don’t worry, we will keep an eye on the data and publish a winner-loser analysis as soon as we see some bigger movements in the data. For now, Suite Customers are able to check their Mobile Performance in our software at any time:

I will keep you updated about fresh data and further developments. Have you already seen any impact on your domain? Let me know in the comments.