by Holly Miller and Sebastien Edgar

A few weeks ago, we noticed five dictionary related domains on the Searchmetrics list of Top 100 SEO Visibility (although technically thesaurus.com is part of the dictionary.com domain), a curious trend since these domains technically all provide the same experience: define the word. However, we noticed recently one domain in particular appears to have rocketed to a new level of visibility overshadowing the rest. Or has it? 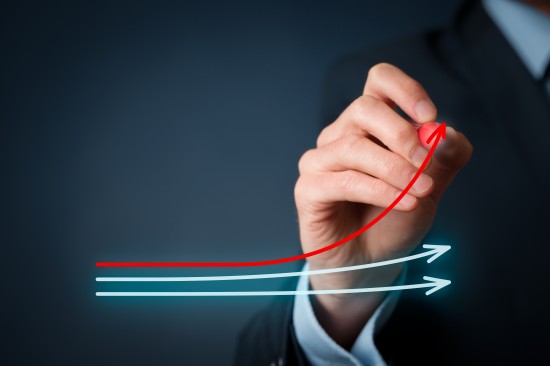 After some initial digging, here’s what we saw:

By this view, it appears merriam-webster.com is the market leader. But SEO Visibility for for dictionary.com shoots up in early March, surpassing its competitors and maintaining its new position starting in April. But if they were trailing so far behind earlier in the year, how exactly did they shoot up so quickly?

As of mid-March, the /browse/ folder within the domain did not exist. Then, all of the sudden, it took off as their top directory.

The introduction of this directory has definitely propelled the dictionary.com domain above their competitors, which begs the natural question: how did they do it? To answer this question, we began to investigate their SEO impact, and what might be going on behind the scenes to fuel their seemingly instant success. How did this domain become the new market leader in such a competitive space? Especially when you compare all five domains together, merriam-webister.com has been the market leader for the past two years. So how, exactly, did dictionary.com gain such a strong foothold so quickly?

But after some investigation, in actuality, the change we saw is not some new or special SEO strategy. Rather, it’s a good example of consolidation of resources of the domain’s authority. In fact, when we zoom out even further on the timeline, we realized dictionary.com had in fact been the market leader all along. It just didn’t appear that way in 2016.

At this point, we revisited the domain as it appeared approximately two years ago and identified that the /browse/ folder had existed previously, just under a different version of the domain: dictionary.reference.com/browse

We can see that by redirecting to a streamlined folder structure in March of this year from dictionary.reference.com/browse into dictionary.com/browse/, dictionary.com allowed them to consolidate the domain authority, resulting in regained SEO visibility.

In most cases, any given domain sees improved rankings on keywords with this sort of consolidation. For example, in the dictionary.com case, the domain had previously been ranking between positions 3-5 for the keyword “quality”, whereas with the new domain, the URL dictionary.com/broswe/quality/ ranks in a higher position (position 2) and can compete directly against merriam-webster.com for organic traffic.

This is a great example of inherent SEO factors and why consolidating domain authority is important for contributing to maintaining good rankings and SEO Visibility.