“Just get to the cloud. There’s no time to waste anymore.” – Eric Schmidt, former CEO of Google, during a speech in March 2017

Fast forward to Google’s recent annual I/O conference, and it’s clear the cloud train has left the station. Cross channel and cross device, marketing strategies need to “just work” and consider voice, visual, video, natural language and translated content, as well as traditional text. In this Pulse of the industry, we examine how Google is setting new agendas with artificial intelligence, its search dominance and a global reach that’s promoting local thinking. 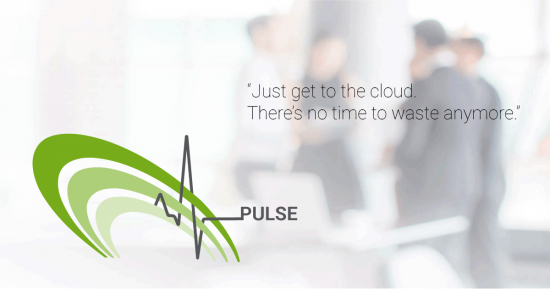 An Inflection Point for Search

Google CEO Sundar Pichai during the keynote presentation at the company’s I/O developer’s conference on May 8 noted, “we’re at an important inflection point in technology.”

If this is an inflection point, which way is Google pivoting?

Artificial intelligence and its integration into Google Assistant soon may be the road most traveled. Only two years old, Google Assistant now interoperates with everything from dishwashers to doorbells. Assistant now understands continued conversation so that users don’t have to repeat the command, ‘Hey Google’ as they ask serial questions or request multiple actions. Company’s developers have even considered having children ask Assistant using ‘please,’ enabling the machine to teach children to be polite.

Google at I/O announced Google Duplex, an extension of Assistant that amalgamates deep learning with an impressive understanding of conversational speech, even when its interaction with real people does not go as expected. As a result, the Assistant is becoming more immersive and interactive over the phone.

Google’s I/O keynote featured a Google Duplex AI persona that sounded so genuine it was almost indistinguishable from a human being; the demo featured a real phone call from the AI persona to a hair salon, which seamlessly booked an appointment, while the human respondent on the call was unaware that the voice on the other end of the line was not human.

The AI can send your favorite order to Starbucks and other food pick-up and delivery goods and services. While making text or voice orders, Assistant will give helpful suggestions on time and location, based on its knowledge of a user’s previous orders and activities.  “We are working hard to give users back time,” Pichai said.

All of these announcements prove that as the digital sphere matures, search is not just about Web pages anymore. The static world of websites and SERPs are shifting to dynamic and immersive searches across multiple devices and IoT. Google advises marketers and developers to create multi-faceted and multi-purpose content, including visual, video, voice and apps, so users can find content regardless of their channel of engagement.

When developers build apps to adjust for multiple devices, there’s a spectrum of factors to consider. Is the user driving? Is the volume muted? Some results can come via audio. In another format, developers can provide for visual presentations that users can interact with on their screens. Marketers and content designers have to provide for all possible multi-format results.

It’s a Small World After All

But the search giant is also working to reach businesses that are less tech-savvy via customers and their devices.

Even as Google talked about the cloud’s reach around the globe, company executives repeatedly brought innovation back to the street corner. Google plans to connect customers to small businesses that do not necessarily have a heavy Web presence. The keynote demo that featured a human-like AI phoning a hair salon demonstrated how Google can reach the surprisingly high number of small businesses in the US that don’t have an online booking system that accommodates written reservations. That means that rankings for search have partly gone off the Web and onto Google Maps.

Google’s Jen Fitzpatrick revealed Maps’ search capabilities with particular regard to local businesses. A new option, ‘For You,’ reveals businesses in the area that suit users’ interests. It uses ‘Your Match,’ a machine learning capability that lines up the businesses’ specialties and services with the user’s previous actions and desires.

Maps can also share a short list of local businesses with a group so that the group can select what they want in a cooperative interactive experience. Again, this search result is based on analyzing users’ previous data and recorded preferences.

Notice that the search criteria have changed from older forms of online search. For a long time, Google fine-tuned its match of the SERP to user intention. The I/O talks this year implied that when searches are conducted by IoT and AI-driven apps, the engine doesn’t need to guess at user intention.

Through the interconnection of a user’s devices on the cloud, and through deep learning analytics of personal data, Google already knows the user up close and personal. When the user makes a query, the search engine analyzes a user’s personal data and digital history to rank its suggestions of local businesses.

The sheer numbers of users on Google’s cloud are transforming how users relate to computers, and those computers are evolving in response in terms of how they meet users’ needs. The results in IoT searches reveal a really surprising paradox: the more global you get, the more local you get. As John Maeda put it, “linearity is being thrown out”. Monolithic programs and concepts are out. Compartmentalized operations, micro-services are in – as are unexpected, niche search results driven by increasingly autonomous AI analytics and operations.

It’s not just Google enabling the world of AI.  Microsoft at its Tech Summit in San Francisco in March highlighted some of its clients’ cloud experiences so that marketers can view cloud innovations in terms of real campaigns. Real Madrid uses the Azure cloud via an AI app that gets to know the club’s fans, collects data on them, and personalizes and improves their experiences at games and with the team.

At a conference last year on AI and global security, Andrew Moore of Carnegie Mellon University described AI based on “the creation of large, planetary-scale knowledge graphs.”

Google Assistant, Amazon Alexa, and Apple’s Siri are powered by corporate knowledge graphs with knowledge of all the entities in their domains and how they link together. Moore went on: “The crazy new stuff is living on top of machine learning, with decision-making systems which are now able to have models of the world through machine learning.”

It may seem surprising then that the global combination of big data and AI would take Google search to localities and even off the web, but that is what is happening.