In the recent days the rumors of a new Google update went viral. Many webmasters have seen ranking fluctuations, but so far Google has not provided any detailed information. We had a look at the changes on search engine results pages, which mainly affect brands e-commerce and apparently mobile rankings. Both developments seem to not be completely rolled out yet and might not have a clear connection with each other. 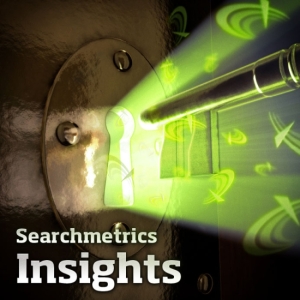 Several sources, including SearchEngineJournal and Barry Schwartz of Seroundtable, reported Google denying a relation to Panda or Penguin. Also to me it looks like that’s a valid statement, especially since the changes seem not to be related to links.

Biggest shifts in e-commerce industry and for traffic-heavy keywords

If you expect a winner / loser analysis, I have to disappoint you. It’s way too early for that, since the roll out seems not to be complete. The SERPs are partially still changing. Secondly, we noticed some changes to be pulled back. Some sites that lost rankings for example, got them back meanwhile. Some rankings for traffic-heavy e-commerce keywords fluctuate so heavily that they appear on position 1, then 5 to 9 and then completely vanish.

This development is mostly concentrated on e-commerce and keywords with measurable CPC. Affected sites are mostly retailers, shops, price comparison etc., but of course not limited to that. We noticed two things: first, a loss of a few positions (affected most “loser keywords”), and secondly a total kick-out from the top 100 (affected a small amount of rankings). The pattern is dominated by losing just a few rankings, which of course is reflected in traffic losses.

Since the data is fresh, the repercussions can be comprehended here (don’t forget rankings are still fluctuating):
http://suite.searchmetrics.com/en/research/

But not only those generic keywords were affected by the changes, once again brands were part of the game.

Search results of and with brands affected

When you look at keywords that come with big changes, you’ll find a lot of brands. It looks like in the first instance they won, but as we already mentioned the results are just conditionally fixed.

One interesting observation we made was for search results for brand keywords with typos, like “addidas” or “adiddas“. Before the recent change, mostly price comparison sites, shops and small ad sites ranked here. Then Google started to treat the keywords equally as brands. “As usual” the brand ranked on position 1 with Wikipedia right behind – which represents the typical search results for a brand. Now the SERPs look brand new. We took a snapshot of that data in our software. You can also see in the Trend column that all rankings are new. 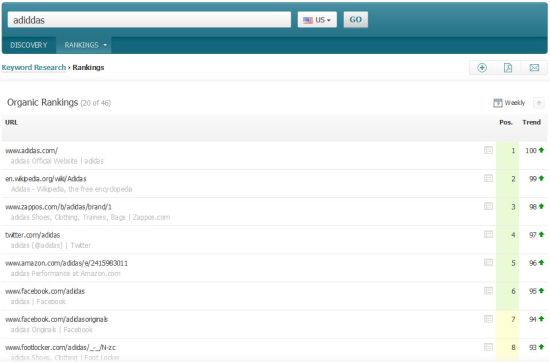 This is the ranking for “adiddas” a week before: 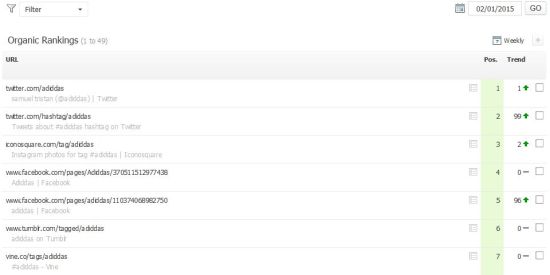 But in the meantime, you can see most of these SERPs look already like they did before: 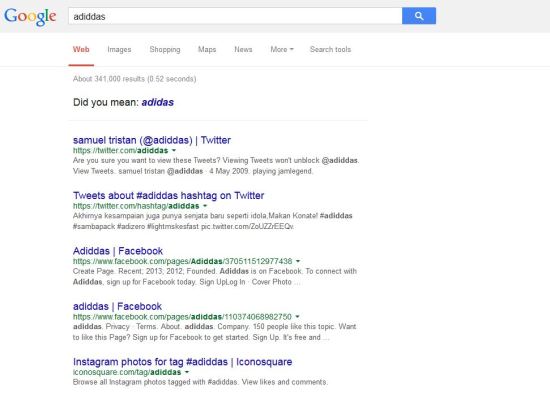 For correct brand searches smaller providers gained positions, whereas some (also bigger) domains have tremendously lost. Look at the rankings for “under armour” for example: this week Dickssportinggoods is ranking on #5 and has therefore gained +96 positions., everything else has not changed. It seems like a “brand exchange”. Some of those rankings have changed meanwhile up to domains dropping completely out of the SERPs, or being pushed to the bottom.

Other examples are: “nike” and “samsung”

It appears quite possible that Google tries to clean-up brand searches and therefore tries to adjust also typos. Since the development seems to not be finished, we will keep an eye on that.

What about mobile algorithm changes?

Since neither Panda nor Penguin played a role within the recent developments and the fact that Google has recently sent out warnings to sites that do not appear to be “mobile-friendly” lead to the conclusion that the fluctuations (maybe partially) can be traced back to changes of the mobile algorithm.

Both aspects – e-commerce / brand and mobile – are probably not interconnected. At least samples included e-commerce “losers” that are mobile friendly.

The recent changes are not necessarily allowing the conclusion of being a full update like Panda or Penguin, but the impact is bigger than usual algorithm adjustments. Things seem to not have calmed down yet, therefore be careful driving conclusions. We cannot speak of a Google update yet. What we have noticed is an impact on e-commerce keywords that affects brands and retailers, shops, price comparison sites and even (small) classified ad sites.

Brands seem to profit from the development, while other have lost a good chunk of rankings, e.g. sites in the fashion industry. Google seems to be optimizing brand searches. An interesting side effect: for keywords with typos the SERPs seemed to be strongly edited – and adjusted to the “correct” SERP.

When it comes to mobile search results, we will keep on analyzing the impact. Status of ranking changes: to be continued…