In the weeks leading up to May and what was supposed to be the second wave of mobile-friendly algorithm updates – essentially a boost in rankings for mobile optimized sites – we at Searchmetrics wonder if in fact “Mobilegeddon 2” is really kicking up any dust at all. 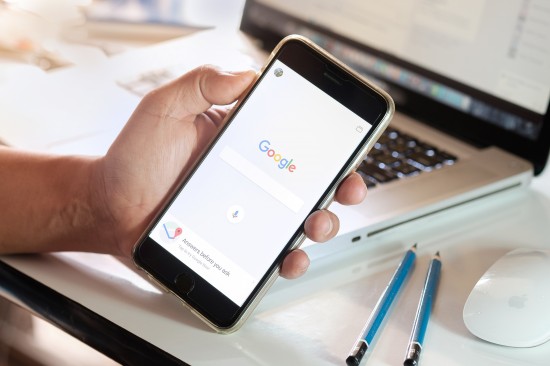 Let’s get a few things straight: Google is trying to improve its mobile algorithm. They formally announced a mobile update in March (which spun into optimization pandemonium dubbed “Mobilegeddon”) and now that the second Mobile-friendly update has been completed, it’s likely there were only minor issues left. As a result, the data of the domains affected by mobile issues did not show the impact like we’ve seen when the Mobile Update rolled out one year ago.

Therefore, the idea of May bringing the impending “Mobilegeddon 2” is more like spring-cleaning than mobile obliteration.

Mobile Friendliness is here to stay

Let’s remember the baseline for what constitutes Mobile-friendliness, according to Google:

A page is eligible for the “mobile-friendly” label if it meets the following criteria as detected by Googlebot:

With the most recent update to mobile search results, Google has obviously tweaked the criteria a bit to “increase the effect of the ranking signal”, as they say.

Moreover, they have just released a brand new tool for testing sites according their mobile (and desktop) performance: 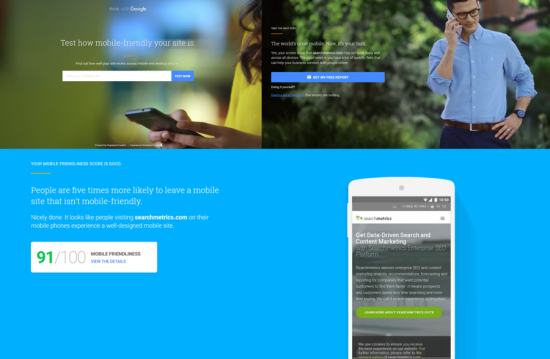 It seems to be sort of a premium version of the “old” Mobile-Friendly Test and provides more detailed information about:

…in addition to providing the usual score from 0 to 100 and the opportunity to get a detailed report of the quick check via email. This was previously not available.

Since the mobile algorithm operates on a page-by-page basis, it is largely a “yes/no” scenario; is the page mobile-friendly or not? It’s likely that most of the groundwork has already been covered by the first mobile update, there were no significant changes among the SEO Visibility winners nor losers for desktop and mobile as indicated in our data leading up to May.

Knowing that this was more of a clean up than a true mobile algorithm update, it is not surprising that even after confirmation of the update being fully rolled out (see tweet below), the effects are yet to be seen in their entirety.

In light of this official announcement, there are only minor fluctuations and a mixed bag of declines in mobile SEO Visibility which cause us to question the effects of the second mobile update.

In recent weeks, there have also been some “not Mobile-friendly” domains among the winners. Namely, the domain 123movies.to was among the mobile winners (week of May 22), having the highest mobile SEO Visibility of the top 100 winners of the week. However, when we physically examine the mobile SERP for a search on “watch online movies free” we see the first organic listing is lacking the “Mobile-friendly” indication. 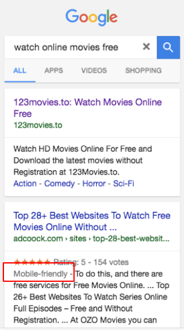 We should mention that the subpages of the domain are in fact Mobile-Friendly, whereas it seems only their homepage is not (since the Google-tool can’t retrieve the page). This was the only domain among the top 10 winners of mobile SEO Visibility that week where the “Mobile-friendly” text in the SERP was absent.

The rate of decline varies among the domains denoted as losers in our mobile SEO Visibility. Some domains experience a steeper decline than others. In particular, softonic.com exhibits a sharp decline in its mobile Visibility (more so than desktop). They also appear to be gradually declining on desktop Visibility, but for our purposes here, the steep drop on mobile Visibility indicates poor rankings on the device.

Similarly, we saw this steep decline in mobile SEO Visibility on a handful of other domains. This occurred on the domain opm.gov in mid May.

On calpoly.edu a similar trend:

And on finviz.com as well:

In these three cases, SEO Visibility on desktop is maintained or improves whereas mobile SEO Visibility plummets starting around the 15th of May. This perhaps hints that the effects of the update were somewhat delayed, and didn’t happen until mid May.

Ultimately, the anticipated “fall out” of the May 2016 mobile update was underwhelming. Throughout May and in the month prior, our SEO Visibility Charts showed no clear winners or losers reflected in the data. While it has been publicly announced that the update has been fully rolled out, the inconsistency in the SERP, and the variations in the rate of decline of mobile SEO Visibility among the example domains seem less an indication of [the update?], but rather, small and specific effects of a second mobile update.

What have you experienced? Let us know in the comments below if you are seeing changes in your mobile rankings.