It’s been just over six weeks since Google officially announced their new ’Hummingbird’ update. Now we’ve had some time to get our heads round the details,  what does it mean for SEO experts and digital marketers? 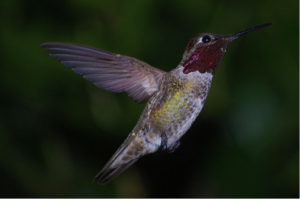 Amit Singal, Senior Vice President of search at Google, first introduced the algorithm as the company’s latest and greatest effort to match the meaning of queries performed by users with the content of documents available on the Internet.

This may seem unsurprising: surely, this is the central aim of a search engine? But reading between the lines, it means that Google has received a fuel injection of sorts to make these appropriate matches both more efficient and more effective.

During the announcement of the new algorithm at the end of September, it was confirmed that the algorithm wasn’t about to be sprung on unsuspecting SEOs. In fact, it had already been in place for a month, impacting 90% of Google worldwide searches……without anyone noticing!

Cue frantic rush to check previous ranking data and activity over the past four weeks to see if clients’ ranking had been affected, and if so, how?

Our first step was to review ranking reports to identify any shifts or fluctuations leading up to the announcement of Hummingbird; we posted our finding on the Jellyfish seo blog.

The graphs above, taken from the Jellyfish post, both show a peak in ranking fluctuations around a month before the official announcement of Hummingbird.

Although seasoned SEOs are now familiar with algorithm updates, as seen through Penguin and Panda upgrades that previously affected rankings, Hummingbird is a complete replacement of the existing algorithm. Therefore Hummingbird should be considered as a completely new algorithm rather than as another update.

An analytical blog by Danny Sullivan at Search Engine Land broke down this algorithm into layman’s terms by comparing Hummingbird to replacing an engine in a car from the 1950’s. Previous updates such as those seen to Panda and Penguin could be compared to replacing worn parts to make the engine run a little better. Hummingbird can be seen as replacing the old engine for a new, faster version which takes into consideration parts of the original engine that worked but needed updating – the switch was made so cleanly that nobody really noticed. The two engines both work the same way, but with the modernised version giving a more efficient output.

According to Amit Singal, the last time the algorithm saw such a massive overhaul was in 2001. However a similar “boost” could be cited in the 2010 Caffeine update. Although Caffeine was another update aimed at speeding up searches, it wasn’t a complete replacement of the algorithm.

The after-effects of the Hummingbird algorithm

As mentioned earlier in this post, Hummingbird has been introduced to closer match queries with relevant results. One major point of this is “conversational search”, where users type in full sentences rather than questions tailored to search engines – for example, “where can I buy a cup of coffee near to me?” rather than “coffee shop Brighton”.

Hummingbird will now consider the value of the full sentence, rather than just generating a search based on several select words within a sentence.

The Guardian reported on what other effects Hummingbird will directly have on SERPs, and it would appear that SEOs can breathe a sigh of relief. Google didn’t have a huge list of types of searches which will be affected by the introduction of the new algorithm, but did provide a few select examples. Pre-Hummingbird, a search on “acid reflex prescription” would have produced sites with lists of drugs whereas instead now the main search results link to more general information on how acid reflux is treated. This would therefore suggest that higher authority sites are now appearing higher in search results, pushing “spammy” sites further down in the SERPs.

Danny Sullivan also confirmed that Hummingbird itself shouldn’t affect rankings, but the updates within it such as Panda and Penguin that are continuously being tweaked.

So, our final consensus is that Hummingbird is here to improve search results, particularly for more complex and conversational search queries, and (so far) seems to have far less immediate impact than Penguin / Panda.