When is SEO successful? When a website is first place for a few favorite keywords? If there are generally more visitors to a website? Or is it simply having more money in the register at the end of the month? Presumably, each site operator has their own key indicators with which they measure SEO success. 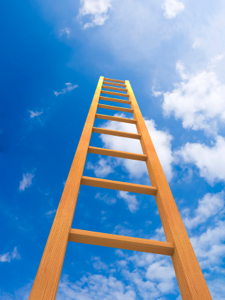 But let’s be honest now – does everyone have these kinds of KPIs and figures that are regularly collected and compared over time? Collecting these indicators for a broad discipline like SEO is especially difficult, and many of them are not particularly productive. But that’s the point – to recognize the general goal of a website and then ‘mold’ the achievement of objectives in the form of numbers. And the ‘goal’ doesn’t necessarily have to be money in the register – coverage by the IVW or the content dominance of search results for a particular theme might be more appropriate depending on the situation.

Because our objectives are so different, I will highlight a few very simple indicators to collect. So everyone can choose the right figures to match their goals.

P.S.: Who’s writing this stuff? My name is Eric Kubitz and I am one of the co-founders of CONTENTmanufaktur GmbH Anyone trying to reach me can do so via e-mail (ek@contentmanufaktur.net) or on Twitter. ‘Til next time!