First, we have to distinguish these two terms from one another – when we talk about ‘multilingual’, we mean websites targeted at a single country, but published in multiple languages. Our Swiss friends, in particular, know what I’m talking about here. Then, when we talk about ‘multi-regional’, we’re referring to a website with one or more languages produced for different countries. 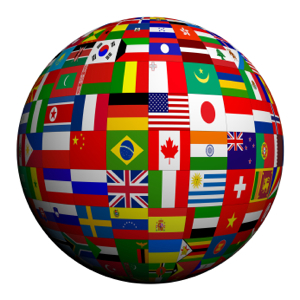 Each has their own obstacles when creating the structure for a site – what to do then, when both have to be done at the same time? A user posed this question in a Google webmaster forum. He was looking for an ideal structure, with which he could implement pages for different countries in addition to different languages.

More specifically, in this case he was looking at DJ performances. The site operator wanted to have it so that someone from Spain could find out about performances by Paul Oakenfold in Berlin on the German page – and do it all in Spanish. Make sense? The recommended solution was a distinction according to countries using subdomains and languages according to directories. So:

However, there is a concern that some content (e.g. an interview with Paul Oakenfold – that is, regionally independent content) might be in danger of being classified as duplicate content. After all, the same text will appear on different subdomains.

In the webmaster forum, Googler John Mu piped up and made a statement to the effect that actually, it shouldn’t be a problem, but it would be best to select a ‘preferred’ version of the content and mark it with a canonical tag from the other pages.

Of course, this can be done easily – the German text should be found on the German site, so we can send a canonical over the border from the English subdomain.

It seems to me that for an American, Europe’s complex language is somewhat counterintuitive. So, when I want to publish the interview with the DJ in Germany, Switzerland and Austria – should I really make a canonical tag from the mountain countries to Germany just to improve my chances there? Probably not!

What I think is missing from this answer: John Mu doesn’t consider Google Webmaster Tools. These offer the ability to assign content for an entire subdomain to a country. This is exactly the problem – if the same content is assigned once to Austria and once to Germany, Google can distinguish between them quite easily. If any readers have other experiences, I would be interested in hearing them.

Hence, it would be good to get a grip on the most complex multilingual structures for multi-regional sites:

Of course, you can also try to simplify the structure and work without subdomains. This makes internal linking somewhat complicated – but it would be possible, to only publish each piece of content once. However, that wasn’t the focus of the question.

So, for anyone who is still asking the question, who is Paul Oakenfold, here is your answer: