Google has announced a two-part summer update. Google’s first Core Update for 2021 is on its way, but as their developers couldn’t manage it all in one go, this Core Update will be released in two parts. The June 2021 roll-out began on June 2, with the next instalment planned for some time in July 2021. As always, the Core Updates to Google’s ranking algorithm apply to all markets and search indices. Get all the info and analysis on Google’s hot summer of Core Updates for 2021 here!

The second part of the Google Core Update June/July 2021 was rolled out now – it happened from 1 July to 12 July and when it looks again like a quality update on content and relevance.

“I have seen major rank fluctuation in forums and thin-content websites. But also some bigger companies with a lot of relevant content were affected. As it is still early stages after the rollout ended, it might be that we don’t see the real consequences right now and might have to wait a little bit more to see the full impact of this Core Update.” Jordan Koene, SEO Strategist and Advisor to Searchmetrics

Google Core Update June/July 2021: What we know so far…

Are we set for a sizzling SEO summer? Google has announced a two-part Core Update for 2021. They made some extensive changes to their search algorithm but couldn’t finish everything in time for a June rollout. So, the first Core Update for 2021 is being rolled out in two parts. The first part – the June 2021 Core Update – began on the 2nd and is likely to take up to two weeks.

Later today, we are releasing a broad core update, as we do several times per year. It is called the June 2021 Core Update. Our guidance about such updates is here:https://t.co/e5ZQUA3RC6

This will be followed by the July 2021 Core update. Here’s more information about that…

Google explained the procedure on their Google SearchLiaison Twitter feed. Their developers are currently working on the remaining changes that are yet to be completed but expected to come into effect in the July Core Update:

As always, the core updates do not target specific sites or types of content, they represent changes to Google’s core ranking algorithm.

Impact and analysis of the Google Core Update 2021

Searchmetrics founder, Marcus Tober, has taken a closer look at the effects of the Core Update – read his detailed analysis of the winners and losers of the first Google Core Update in summer 2021 in this blogpost.

Google has yet to tell us why this part of the Core Update had to be released in June, even though this won’t be completed until July. Why couldn’t they wait another month? Will website operators who are noticing changes now be looking forward to the next update – or will they be crying into their keyboards come July? We’ll have to wait and see.

Websites that are losing rankings despite having strong content

Losers from the Core Update rolled out June 2021 were often sites with thin content or those that focus on what Google calls YMYL (Your Money or Your Life), i.e., websites offering advice on sensitive topics relating to finance, law, purchase recommendations and reviews, education, and health. Both YMYL websites and those with thin content have been typically negatively affected by this Core Update.

Past losers among this year’s winners:

Marcus points out that the winners often include older, large websites that had been losing visibility for many years. Many sites lost out in previous Core Updates – especially after the Core Update in November 2019. “It appears that Google has either removed or softened factors that were included in past updates, most notably the Core Update from November 2019. This new update might be putting greater focus on domain age, backlinks, and classic SEO factors, which is why ‘old’ pages have been given a boost,” explains Marcus.

Has Google made a mistake?

Marcus suspects that the effects of the June update won’t be permanent. Many of the current winners were among the losers in previous Core Updates, and now some of these domains have been able to achieve triple-digit visibility growth rates. “So, it could be that Google has made a mistake here and will reverse the changes,” says Marcus. 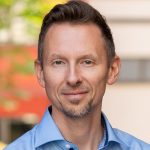 “An unusual update, but with a typical Core Update feel to it. Given the many winners, most of whom had lost out in previous updates, it’s possible that this update will be rolled back again in July. In fact, some website operators are actually very surprised by their strong increases in visibility, which is another sign that the update was somewhat unusual after all.” Marcus Tober, Founder and Chief Innovation Officer, Searchmetrics

Winners from the June 2021 Core Update

Plenty of the winning domains from the current Core Update are already familiar with this type of Google update. Half of the winners analyzed were among the losers in previous Core Updates – and most of them lost out in the November 2019 Core Update. A broad range of sites have shot up the rankings after this Core Update, many of which focus on YMYL content. The winning sites include reviews & ratings, tech sites, education, law & finance, and many more.

And here are some of the winning domains:

The two tech magazines Techopedia and Trusted Reviews have experienced something very similar with their SEO visibility. Both sites suffered major losses to their organic visibility after the Core Update in November 2019. After that, visibility remained stable – until June. Both tech magazines are among the big winners from this year’s Core Update.

General interest review site bestreviews.com has suffered from ranking headaches in the past. In both the November 2019 and December 2020 Core Updates, it suffered heavy visibility losses. After around one and a half years, the curve is now pointing steeply upwards again, and SEO visibility has tripled thanks to the June update.

Losers from the June 2021 Core Update

It seems Google is really focused on YMYL content, but also thinner content like non-relevant directories and, for some reason, car news, self-development websites, and buying guides. The financial tips page thebalance.com (YMYL) got hit by other Core Updates, too, a sign that it’s a victim of this Core Update.

Here’s a selection of the losers from the June 2021 Core Update:

And here are some of the losing domains:

Almost every Core Update has been a visibility rollercoaster ride for financial tips page thebalance.com. This YMYL site has already seen positive and negative effects from previous Core Updates. However, thebalance.com, part of the DotDash group, was one of the biggest losers in June 2021 – a clear sign that this update is a classic Core Update.

Car news sites were also affected by this update – just as they were in the last Core Update in December 2020. But while at least some car news sites gained some ground back then, this category of websites lost out big time in the June Core Update.

What happened to What to Expect parenting platform is another indication of the classic nature of this Core Update. Its rollercoaster ride began with the Core Update in January 2020, when SEO visibility fell considerably. Yet, it made up for all those losses in the May 2020 Core Update. The site then set new SEO visibility records before the current June update sent its organic visibility in Google’s search results tumbling again. Parenting is also considered a YMYL topic.

At the same time, Google published a post by Danny Sullivan on their company blog explaining its update process. This is nothing new for SEOs and experts in this field, but Google is being far more transparent in dealing with certain updates more publicly, with major Core Updates being announced and explained in advance. As an example, the last core update caused a stir in December 2020, as did further updates on certain topics, such as the page experience update.

Danny Sullivan explains that, “Google Search is updated thousands of times a year to improve the experience and the quality of results.” In order to achieve the best results, Google has decreased the number of irrelevant results appearing in search results by over 40% over the past five years and has been able to continue growing the traffic its sends to websites every year since its founding.

Danny continues to point out that their special updates, such as the Google mobile first indexing or the product reviews update, are what make Google Search better. However, their Core Updates involve broad improvements to Search:

“We want site owners to understand these changes aren’t because of something they’ve done but rather because of how our systems have been improved to better assess content overall and better address user expectations. We also want to remind them that nothing in a Core Update (or any update) is specific to a particular site, but is rather about improving Search overall.”  Danny Sullivan, Public Liaison for Search

Google Core Updates: What webmasters and SEOs can do

In August 2019, Google published a post on its Google Search Central Blog that explained in more detail what algorithm changes are behind the core updates and what webmasters and SEOs can do if they are affected by a Google Core Update.

Sites that note drops or gains during an update have neither “violated [Google’s] webmaster guidelines nor been subjected to a manual or algorithmic action.” Instead, the changes are about improving how its systems assess content overall. According to Google, these changes may cause some pages that were previously under-rewarded to do better – and vice versa, of course. Google suggests that its Core Update can be compared to making a list of the top 100 movies in 2015. A few years later, you refresh the list – and it will naturally change, as new movies that never existed before will now be candidates for inclusion.

Google recommends that webmasters and SEOs whose websites have been affected by a Google update to “focus on offering the best content [they] can” – and offers a fresh set of questions for them to ask themselves about their content:

Conclusion: 3 things you should know about the June 2021 Core Update

What you need to know about Marcus Tober’s analysis of the Google update:

Have you been impacted and need some support?

Feel free to get in touch for an obligation free chat and see how we can help!