Does Google, one of the world’s most dominant search engines, favor its own services online? It’s a hotly debated topic around the globe, with implications for many competitors in the world of organic search. We undertook a proprietary study into whether Google Shopping enjoys favored nation status on Google over competitors. Then we asked experts in the field of search their thoughts on the EU’s record 2.42 billion euros fine and the search giant’s response this week. Read on, and then weigh in with your opinion!

The World of Comparison Shopping

Google promises retailers that it can  “make the world your storefront” by turning browsing into buying with smartly tailored solutions that highlight products at the top of the SERP. But is one hand washing the other in the world of Alphabet, Google’s parent company, by promoting in-house results over similar comparison shopping results from competitors? The European Commission found that, once Google Shopping was introduced across the EU, that translated into a huge drop in traffic for rivals.

We agree. Our research found that the appearance of Google Shopping ad units in the search results increased by over 300% on desktop and mobile since 2013 in the UK, Germany and France. At the same time, the average search visibility of other large online comparison sites dropped by over 50% on desktop and nearly 30% on mobile.

We Win, You Lose?

While the numbers are startling, our study concludes that simply looking at data alone leaves plenty of gray area as to whether Google is using big-gorilla tactics to undermine the competition. The EU, for instance, does not take into account the rise in popularity of online shopping sites such as Amazon and eBay. And the numbers can be highly variable across countries and across time periods.

The study provides a unique analysis of the competitive situation across the EU, but we decided to ask some experts about the global implications of the EU’s allegations and fine and Google’s proposed remedy, which involves separating Google Shopping into an independent unit that will bid for top slots the top of search results along with competitors.

Ask the Experts: Is Google’s Response to the EU Good or Bad? 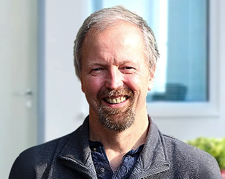 The original concept that Google offered up was one where rival shopping services could bid for a position in the Product Listing Ads, and that was rejected.  This new proposal has them spinning out Google Shopping into its own entity, and the site would basically have to rely on its own income to bid for placement much the same as other shopping services.  However, in the past proposal, the top two spots were reserved for Google Shopping.

The core issue here is whether or not the EU will be comfortable that Google is doing enough here to meet their concerns. In principle, this creates equal opportunity, but the spun out Google Shopping service would still be part of the Alphabet family of companies, so some will see that as one pocket lining another,  with both in the same family. In addition, the info I saw was not clear on whether or not Google would still be reserving the top two spots for themselves as they did in the prior proposal.  If so, it’s likely that the proposal will be rejected again. 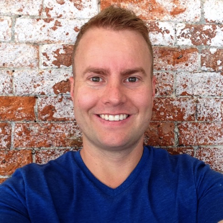 The issue of antitrust has always appeared any time a company starts dominating an industry and stands in the way of healthy competition. While other technology companies have come under fire for similar practices, this is a record ruling on the part of the EU to illustrate just how powerful the online environment has become. It shows that no company can be immune to regulations or operate outside the law.

Now that Google has created a separate unit for shopping and allowed competitors to step onto an equal playing field, it may open the way for other aspects of the search industry to encourage new players and startup search businesses that can provide more variety and options. Everyone benefits when more than one company has an opportunity rather than letting one dominate. 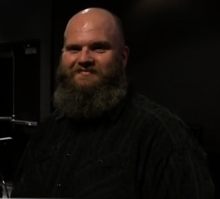 “While Google might eventually be successful with their appeal on the EU’s €2.4bn fine, I for one hope this fine sticks.  Someone needs to hold Google accountable for its predatory and channel-destroying practices.  Google has come a long way from its “Don’t be Evil” stance and regularly violates the most basic tenets of common competitive decency online. It will take actual governments to try and get this behemoth in check, as most companies are afraid to “poke the bear”.  When Google rolled out Google lyrics they were caught red-handed stealing Metro lyrics content and falsely attributing them to Google Play, but there was nothing that could be done about it.  Google is on a fast track to becoming the biggest bully on the internet and for most businesses big and small they essentially have to let it slide or be punished by Google.”