Blockchain is in the news. All the time. The buzz around the technology hasn’t gone away, even as crypto currencies like Bitcoin fluctuate and hacking concerns persist. A quick Google News search shows that not only tech companies like Google and IBM, but also retail giants like Walmart or Brazilian Via Varejo are invested in blockchain. This constant chatter has even sparked a piece in Forbes asking “Have we reached peak blockchain conference yet?” In this Memo to the Modern Marketer, we cut through the noise and look specifically at blockchain marketing, giving you seven things to watch when looking to unlock blockchain’s potential. 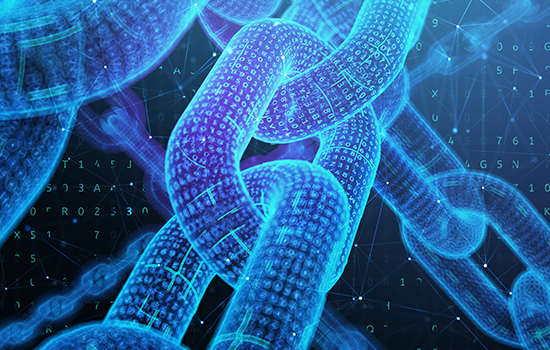 “We believe that the next wave is the blockchain … ten years from now, we’ll be looking at market caps of some of these companies that dwarf any market cap of any company out there now.”

This is the firm that incorporated Apple and Facebook and that represents Uber and Airbnb. If Fenwick & West are right about tech companies – and they have been so far – that means that in one decade, blockchain companies will be bigger than Apple, Facebook, and Google. Can marketers profit from this technology? If so, where should they start?

What Blockchains Can Do

Blockchains can make business faster, more efficient, and cheaper. A blockchain is a continuously growing list of records or blocks, added securely to a time-stamped ledger, which is the chain. This technology uses math to determine who owns what, when, resulting in secure identity, transaction, and property confirmations. Blockchains are also decentralized networks. They replace 20th century middlemen with encryption, algorithms, legal and financial apps, and smart contracts.

By cutting out expensive intermediaries, blockchains take you straight to the customer. All provisions for, and information exchanges with, customers can be safeguarded, tracked, and monetized through a whole supply chain. The blockchain can turn your brand into a network, your customers into prosumers, and your business into a community. It can also enable cooperation with other companies.

What is Blockchain Marketing?

Nearly everyone focuses on technical and economic aspects of this space. That’s misleading. Blockchains build trust and unite people who participate (even anonymously) behind the computers in the chain. This is where blockchain marketing starts. One of the surprises from early cryptocurrency projects was the radical role of marketing in the development of blockchain networks. As discussed in our previous post, blockchains naturally generate branded, commercial communities.

Just when display ads have started to lose steam, blockchains build new revenue streams by changing the relationship between businesses and customers. The technical and financially speculative aspects of blockchains simply can’t survive without successful branding around community-building. The financial value of a cryptocurrency represents a technological ability to capture the economic value of the participants on any given chain. Blockchain apps can build communities via social media and pin down the economic potential of their online, and even offline, activities. Without recommending the following start-ups, it is worth knowing about them to glimpse the possibilities. 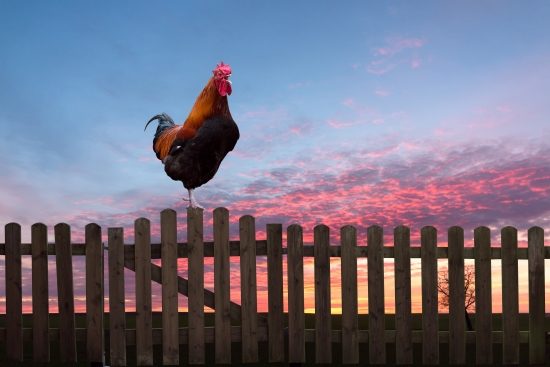 When considering this new potential, think of the blockchain as a new tool which can solve immediate problems. First, consider developing blockchain-based apps. Look at options being developed for businesses, like the Enterprise Ethereum Alliance which was Jamie Dimon’s choice. IBM offers its Blockchain Platform to businesses via the IBM Cloud. Microsoft provides Ethereum blockchain capabilities to clients on its Azure Cloud. There are many more.

Your blockchain apps can bring together communities around an influencer, who promotes your brand on social media. Check out the start-up Boosto, which evolved for this purpose. It uses decentralized apps to empower influencer-led communities. The Boosto whitepaper revamps the whole paradigm: “Content marketing and influencer marketing driven by ads is a broken model.”

Consider how blockchains can improve security and diminish digital ad fraud without violating your customers’ privacy. A blockchain allows you to market to your customers, track what you need to, while respecting their personal data. This increases their trust in your brand.

One example here is UBEX, which is promising to launch a decentralized advertising platform and exchange in 2019. UBEX applies TensorFlow AI to target customers with relevant ads and reduces commissions by removing middlemen. UBEX further shifts the focus from clicks and impressions to transparent, blockchain-recorded actions as customers respond to ads with subscriptions or purchases. This creates a pay-per-result ad model. UBEX also stores advertisers’ and publishers’ reputations on the blockchain to prevent fraud.

4. Save on big ad spends

Blockchains can let you advertise in a decentralized way, directly reaching the customer and monetizing content, without relying on Google, Youtube, or Facebook as intermediaries. Perhaps that’s why these companies banned crypto ads this year. They want to commandeer this technology before it outpaces them independently. As an alternative, Nebulas is a blockchain start-up that promises a tokenized marketing protocol, with a social network, app store, traffic monetization, content distribution, and ad platform.

Be ready to create and distribute content in decentralized systems. Vuulr is like a blockchain version of Netflix. It lets you distribute film and TV content, with rights cleared in minutes. Rights are converted into assets, which are stored as tokens on blockchains.

This lets you see exactly where your ad money goes between you, your ad publisher, and your customer. The Wall Street Journal reports that AB InBev, AT&T, Kellogg, Bayer, and Nestlé are some of the companies using blockchains to determine if their ads are seen by real people or bots.

By analyzing your interaction with previous customers, you can find and support them as content providers in your brand’s community. Steemit is one model in this case. As a blockchain version of Facebook, its most popular posts get rewarded with tokens.

As blockchain tech spreads, get ready for it to disrupt advertising and marketing paradigms. Until now, most of the blockchain focus has been on Fintech, commodity trading, logistics, and identity management. Of course, it pays to be cautious and research this new technology’s vulnerabilities. For example, smart contracts piloted by the cryptocurrency Ethereum let it compete with Bitcoin. Smart contracts are programs which sit on particular blockchains and automate transactions.

Smart contracts can dispense with expensive intermediaries like lawyers. However, the Ethereum virtual venture capital corporation, the DAO, was built entirely on smart contracts. One of those contracts – rather than the underlying blockchain – was hacked in 2016. Ethereum recovered with a hard fork – they rolled back to a point before the hack and started a new blockchain from there. Given these types of security concerns, some businesses prefer to use private blockchains, to which only they and trusted partners have access.

Nevertheless, the most radical potential here is a shift in marketing perspective. The blockchain reverses fundamental assumptions about identifying and catering to customer preference. SEM was built around the idea that Google perfected its assessment of user intention. But the outcome of that model involved tracking and analyzing personal data. That approach ended up generating intrusive, spammy ads which alienated users.

By contrast, the blockchain offers a different approach to digital ads and marketing. The decentralized, peer-to-peer model brings the customer into equal, dynamic dialogues with businesses, and lets customers generate monetized marketing content for their favorite brands through that engagement. This implies that in the earned media blockchain ecosystem, we are all equal and active partners.