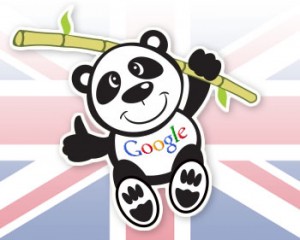 As you’ve probably read somewhere recently (or maybe you were impacted by directly),  Google released the “Panda Update” – labelled the “Farmer Update” Thursday February 24.
Thanks to our leading SEO analytics software, the Searchmetrics Suite, we were able to show which websites were both negatively and positively impacted by this update. Check-out the full post here.

However, as we quickly realized, the update was only released for Google.com. Thus it has not affected any other countries until yesterday when Google announced that it has rolled out Panda globally to all English-language Google users. Interestingly, Google confirms that for this update it’s also using user data from its “block these pages from your results” function.

We’ve performed an analysis with millions of different keywords in the short -and longtail of the impact of this update. We analyzed the top 100 domains with the greatest gains and losses in our Organic Performance Index (OPI) from the previous week. The OPI is calculated according to a keyword’s search volume, position and the statistical value of traffic distribution.

The update is made every week and we can definitely confirm that the update has hit the UK – in a big way.

eHow.com and co.uk lost more than 50%

Surprisingly, ehow.co.uk and ehow.com has lost more than 50% in terms of visibility and the alarm bells are probably going off at Qype.co.uk which has lost a whopping 96%! A lot of price comparison sites like ciao.co.uk (in a lawsuit with Google) and dooyoo.co.uk also lost nearly 90% of visibility.

eHow.com and eHow.co.uk lost over 50%

Reviewcentre.com is in absolute numbers the biggest loser

Dooyoo.co.uk has the same fate like Ciao.co.uk with a ~94% loss

Point-of-interest community Qype.co.uk is now in the middle of nowhere

And now for the top 20 winners. Nothing drastic here, but some confirmation that sites where users spend a lot of time looking at pages have gained more visibility following the update.

Download the Top100 winners here. That’s all for now and we’ll be monitoring the post-release impact very closely as this will be coming very soon to the rest of the World.