The good news first. The data in Searchmetrics Suite and Essentials is fully updated providing the most current and accurate information. We usually do updates from Saturday to Sunday, but because of Google Penguin update 2.0, we did it today.

Yesterday night, May 22nd, Google finished rolling out the second generation of its Penguin updates. Looking back at the first release of the algorithm in April 2012, the focus was primarily around webspam. Since then, there have been only iterations; with the bases being more like “data refreshes” as seen in the most recent update in October 2012. Now with Google Penguin update 2.0, the update is specific to the search algorithm of Google – and this time the impact will only affect around 2.3% of English queries, a decrease in comparison to the first generation of webspam (3.1%). 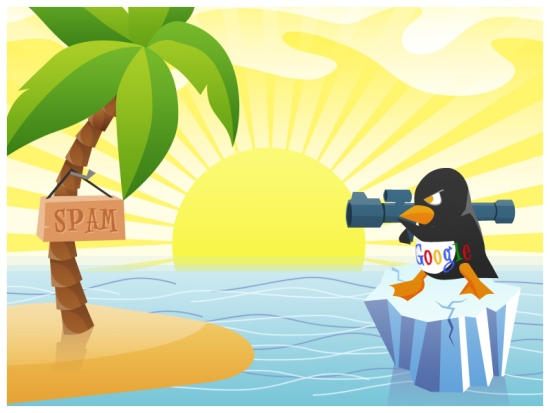 The update not only affects the U.S. or English-speaking countries, but is fully rolled out globally for other languages as noted yesterday in Matt Cutts blog:

“The change has also finished rolling out for other languages world-wide. The scope of Penguin varies by language, e.g. languages with more webspam will see more impact.”

This is surprisingly early. Especially because Cutts, who is the Head of the Google webspam team announced another attack on link farms, Over-Optimization, “Black Hat” and keyword stuffing in a recent video scheduled to release over the coming summer. It seems that Penguin 2.0 will just be the beginning as made known in the video announcement:

“We’re relatively close to deploying the next generation of Penguin, […] Internally we call it ‘Penguin 2.0’, …and again, Penguin is a webspam change that’s dedicated to try to find black hat webspam, and try to target and address that.”

It’s only been ten days since the announcement on May 13th of what to expect in the coming months and they have already rolled out 2.0 – ending the life of several pages with bad links. Cutts has stressed that the impact of the second-generation webspam update will have a much deeper and greater influence this time around.

“So this one is a little more comprehensive than Penguin 1.0, and we expect it to go a little bit deeper in have a little bit more of an impact.”

After the first update we did a deep dive analysis into the impact Penguin 1.0 had in a posting called “Bad SEO” Update. In a similar fashion, we have analyzed our data for an in-depth look at understanding the impact of Penguin 2.0.

Who are the top losers from the Penguin 2.0 update? Our analysis uncovered whose SEO Visibility was seriously impacted, with sites like cheapoair.com, dish.com and the salvationarmy.com:

It’s not the update I was expecting. I thought that this Googles Penguin update would have had a bigger impact similar to Panda 1. But that didn’t happen. My first analysis shows that many thin sites, sites with thin links and especially untrusted links face the problem. In addition, some small business sites were hit because they haven’t taken SEO serious enough. Google itself confirmed that the impact wouldn’t be as high as many thought – maybe this is just the calm before the storm and the big update is really coming in the future. We will see. I will continue to keep you updated with our results.

If you’re interested in seeing if you were hit? Check your domain using our Searchmetrics Essentials Research Tool!