After ten long months since the last Panda update, it seems that Google has begun its roll-out of Panda 4.2. We have completed a rapid analysis to present the first winners and losers after this update in this week’s SEO Visibility. The roll-out of this Panda update is expected to take several months to be completed. In this regard, we will keep an eye on the data as this progresses. 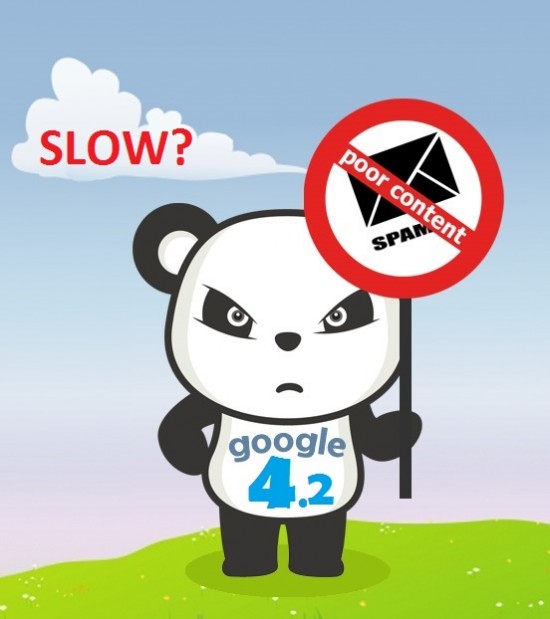 Since the first Panda update in February 2011 Google has focused on content quality, redundant, irrelevant content and spam is being removed from the index. Changes to the algorithm through Panda are site-wide and therefore will affect the whole domain.

Now domains affected by one of the last Panda updates, and who have undertaken improvements, can expect ranking improvements. Nevertheless it seems some old and some new faces have been negatively affected by the update.

The 28th iteration of the Panda update – or Panda 4.2 – began on the weekend of 18/19 July 2015, Searchengineland reports, who claim to have received a confirmation from Google. Officially Google has not communicated that the roll-out has started, but earlier this summer John Mueller and Gary Illyes from Google announced the start of a Panda update roll-out in the upcoming weeks.

The roll-out of this update is expected to last several months and affect 2-3% of English search queries, according to Searchengineland.

Google seems to be becoming increasingly shy when it comes to communicating its algorithm updates. Meanwhile the update wave is gathering speed. In May there was a phantom update, followed by News-Wave in June – and now Panda in July. In all three cases, there has yet to be an official confirmation.

The last update Panda 4.1, (September 2014) took around 8 weeks to complete. Earlier updates were usually completed in a shorter time frame. There may have been small tweaks afterwards, but SEOs, content marketers and decision-makers could accurately identify whether or not they had been affected by the respective changes.
Correspondingly it was possible to react, because it was known where (or at the least when) the cause was rooted. The roll-out of the Google Mobile Update, took even longer, and as was the case with Panda 4.1 it was only weeks later that some sites noticed changes in the data – or continued to slip down the rankings.

Problem 3: Clear differentiation between updates is no longer possible

Meanwhile it is increasingly becoming the norm that Google updates take a long time to be completed. This renders a clear differentiation between individual updates and isolating causes of data effects very difficult. This means it is even more important to know when an update has started in order to determine whether your website has been affected or not. This causal relation is important.

While it is undoubtedly becoming increasingly important to focus on producing quality content rather than solely on external influences such as search engine updates, on an analytical level it remains important to measure and identify the influence of these updates.
If an entire domain is affected, then recovery will be difficult. To retain previous rankings it would no longer be sufficient to optimize landing pages that perhaps have slightly weaker content. A further iteration would be necessary – and we had to wait 10 months for the current one.
We have carried out an analysis from our industry largest data pool in order to gain an insight into the effect of this latest Panda update.

Preliminary Conclusion – no pattern yet

It is not yet possible to detect a clear pattern regarding the winners and losers in the rankings, nor is it possible to correlate these results with specific aspects of the Panda update. In this regard, we expect to see changes in the SERPs over the coming weeks. We will continue to observe the data and keep you updated on this page about the effects of the Panda update.