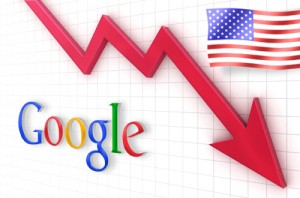 Google, by way of Matt Cutts, announced some weeks ago that a special SEO over optimization update will come. Now it’s live with its first iteration. Yesterday evening Google also published the article “Another step to reward high-quality sites” with some more insights into the update. Interesting stuff that every SEO should read.  The official goal was “to take care” over-optimized websites, containing too many unnatural links, automated content (spinning), keyword stuffing etc. Google tries to kill webspam altogether. The impact on all keywords queries is about 3.1%, which compared to Panda (with around 12%) is much less. But Google said more short-head/visible keywords should be affected.

What’s definitely new and surprising for me was the day of the update. It’s unusual for Google to make a major update on a Tuesday or Wednesday.  Normally Google makes this kind of update on a Monday or Thursday. That’s why I presume that in the next few days we’ll see more updates and this update is just the beginning.

Update: I updated the data tonight so it is fresh and you’ll see more losers and much better correlations to the Google update. You can also click directly in the table to see more data in the Searchmetrics Essentials.

I took nearly a huge set of keywords from short-head to medium and low search volume and looked at the current rankings from position 1 to 100 and compared the rankings to April 20th. In the data were also some glitches from the Panda 3.5 update which was going live from April 19th to 20th, Matt Cutts mentioned. But overall you see a trend of those domains which really lost visibility within the Google Penguin update.

In the data I saw some striking losers, which suggests to me there must have been another update today. There is a pattern in the winners and losers table and I’ll give you some insights below the table. Note I analyzed the visibility, not the overall traffic. The SEO visibility only includes calculation on organic rankings. Direct traffic, Social, PPC etc. is absolutely not included.

A lot of these losers are database-driven websites – they mainly aggregate information and use large database systems to create as many pages as possible. Sites such as songlyrics.com, great-quotes.com, cubestat.com or lotsofjokes.com fall into this pattern. It makes sense that these sites will lose visibility.

Press portals and feed aggregators such as pressabout.us, newsalloy.com and bloglines.com were also affected, which makes sense from a Google point of view since these are the website types that are very often created by very aggressive (possibly overly aggressive) SEOs and often contain similar content.

Furthermore, a lot of sites that copy or rehash other peoples’ content (or are used by their users to do that) were demoted – examples include mayor sites such as digg.com, folkd.com and pastebin.com.

On the winners side it’s not as easy as on the losers side to find a pattern. But a lot of brand sites won visibility, which makes sense to Google strategy. Sites like menshealth.com, gq.com or lots of other magazines fill perfectly the gap that the losers leave.

The day started exciting and it will end exciting and tomorrow will start again exciting because I have so much data to analyze. 🙂 I keep you updated.