Google has created a buzz in the online community by revealing that part of its search algorithm now operates on a machine learning basis, namely RankBrain. Not only this, but the previously unknown RankBrain has been confirmed as the third most important ranking signal for generating search results. This is a significant development as the search engine rarely reveals information about the inner workings of its algorithm. 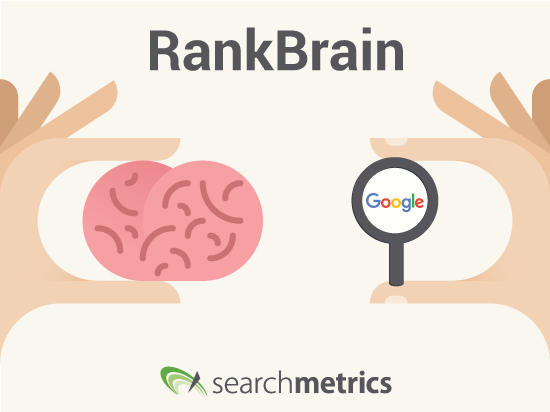 So let’s dive straight into to what we know so far.

What is RankBrain and how does it differ from other ranking signals?

RankBrain was rolled out globally in early 2015 and is now implemented in a “very large fraction of the millions of queries that Google deals with every second”. Google has stated that RankBrain is one of the hundreds of signals, or ranking factors that go into an algorithm that determines what results appear on a Google search page and where they are ranked. Furthermore, RankBrain has already become the third-most important signal contributing to the result of a search query.

This information was first revealed in a Bloomberg interview with senior research scientist at Google Greg Corrado.

The key difference, Corrado and Google claim, is that all other ranking signals are based on discoveries that Google engineers and researches have gained and then designed into the algorithm. For example, noting that people prefer sites that load faster is an insight that goes into a page ranking.

RankBrain is apparently different, because it is actually able to learn on its own.

RankBrain can help deal with the following:

Of the billions of search queries Google deals with daily, it estimates that 15% of these queries are new and have never been seen before.  It seems RankBrain helps to generalize these unseen or new queries to something it knows how to deal with, enhancing its ability to filter and parse search results.

Google does offer an example:
“What’s the title of the consumer at the highest level of a food chain?”

Apparently RankBrain helps deal with queries such as this. Unfortunately, exactly how it does this or why this particular query is difficult is not explained. Presumably if this query is unseen or unique, RankBrain can make a best guess of what the user wants to know.

This could be accomplished by mapping this query onto a more simple query using word vectors. A word vector is a mathematical representation of how words relate to each other – the value is attained by feeding a machine learning algorithm – RankBrain in this case – plenty of texts to analyze. From this the algorithm can learn about semantic associations betweens words and groups of words.

As Google is not offering any further details it is difficult to test how RankBrain actually improves the quality of search results.

Is RankBrain really that unique?

Google’s history and research into machine learning is nothing new. It is likely that updates such as Panda and Penguin also use elements of machine learning as well, but Google maintains publicly that RankBrain is the only ranking signal to do so.

Google’s aim is to continually diversify and improve its service. But it is also likely that RankBrain is a useful way of drawing attention to Google’s continued investment in Artificial Intelligence (AI). Corrado stated that RankBrain links in to other more “out there” AI research and that in the future it is this kind of technology that may even be able to solve basic problems or answer questions of logic.

Machine learning vs AI: the spectrum of intelligence

The headline of the Bloomberg article reads as follows: “Google Turning Its Lucrative Web Search Over to AI Machines.” This is a little misleading and needs to be clarified.

Google is not relinquishing its grip on monitoring search results, it is actually integrating another module into its highly complex algorithm.

However, the more important inaccuracy is the use of the term AI. RankBrain is based on machine learning techniques, not AI. Machine learning utilizes probability and extrapolation; its processing adapts on the basis of newly acquired information.

RankBrain as a ranking signal for generating search results

For example, a faster load time positively correlates with a high ranking for both mobile and desktop search results. We believe load time is a factor Google takes into account, and it is clear how this works: the faster the site, the better.

But how does this work with RankBrain? And what can you do to improve your RankBrain value and thus your overall ranking? For the moment, this remains unclear. But we’ll be keeping a close eye on it.

If you have any questions or comments, let us know below.