The first quarter of 2020 has been a turbulent time in the Google SERPs, with the search results being affected by both layout alterations and algorithm updates. An apparent Google Update was observed on the 7th and 8th of February 2020, and led to SEOs, webmasters and Google search enthusiasts reporting huge changes in their rankings and traffic. Unlike the previous major Google Updates  – the February Update was not announced via Google’s official search liaison Twitter channel, and Google has since denied rolling out any Core Update. Yet reports suggest that Google did twiddle the knobs on its search algorithm, with many websites feeling the impact. Read on for background and analysis.

Stay up-to-date on all Google Updates and other SEO news with our monthly email newsletter – sign up now for free:

On Sunday, the 9th of February 2020, Barry Schwartz published an article on Search Engine RoundTable where he reported on “really big, maybe even massive” changes taking place in the Google search results. Over the weekend of 7th and 8th of February, reports emerged around the web of sites experiencing significant drops and spikes in their organic traffic.

Here are a few of the main points taken from Schwartz’ report and readers’ comments:

Since the Core Update in March 2019, it has been Google’s practice to announce (or even pre-announce, as it did in June 2019) major updates to its core algorithm via its Search Liaison Twitter account, run by Danny Sullivan. However, since this change in communication policy, introduced in an attempt to increase transparency and prevent some of the wild speculation around updates, there have still been instances of major fluctuation in the Google search results, providing strong evidence than an update has been released unannounced. One such example last year was the November 2019 Update, which was not pre-announced and only commented on by Google sometime after many SEOs had seen their rankings affected.

“Some have asked if we had an update to Google Search last week [in November]. We did, actually several updates, just as we have several updates in any given week on a regular basis.” – Google comments following the November Update.

The ranking changes being observed in February 2020 were also not-preannounced by Google. And, a few days after the first chatterings in the SEO community, Danny Sullivan responded to talk on Twitter by making it clear this was not a Core Update. “We do updates all the time,” he said.

We do updates all the time. I would suggest rereading our general advice about this: https://t.co/aL4QObvvhH

This is similar to the somewhat delayed confirmation by Google in November 2019, which also avoided mention of any Core Update, but referred to “several updates”. This could be an indication that, while Google is happy to confirm what it considers major algorithm changes, it continues to experiment and make alterations to its search algorithm, some of which clearly have a bigger impact on rankings than others. This unconfirmed update in February 2020 is likely a result of such experimentation.

After the BERT Update in late 2019 was dubbed the biggest change to the Google search algorithm of the past five years, Google hasn’t been dragging its heels this year. Early 2020 has already seen a number of alterations to the Google SERPs – both affecting the way the algorithm evaluates pages and the way the ranked results are displayed to users. Here is a quick run-down of the biggest causes of SERP turbulence of the year so far.

Google continued its tradition, established in 2019, of announcing major changes to its core algorithm via its Search Liaison account on Twitter. The roll-out of the January 2020 Core Update was followed by the usual commotion in the SEO community, with reports of large spikes and/or drops in traffic. There was no consensus regarding the precise impact of the update, with fluctuation observed in the health sector (as is often the case following Core Updates), and for dictionary sites.

On the same day as the January Core Update, Google announced that it was changing its SERP layout to include websites’ favicons and place the breadcrumbs – not the URL – above the meta description.

Last year, our search results on mobile gained a new look. That’s now rolling out to desktop results this week, presenting site domain names and brand icons prominently, along with a bolded “Ad” label for ads. Here’s a mockup: pic.twitter.com/aM9UAbSKtv

This apparently superficial alteration was a major change to the look of the SERPs, and it also coincided with a change in the way paid AdWords listing were displayed, now marked by a bold “Ad” in front of the web address.

The changes kept coming in January, with Danny Sullivan announcing that there would no longer be duplicated results for URLs that occupied the Featured Snippet box in “position zero”. Initially, the organic rankings for position zero URLs seemed to move to the top of page two of the search results, though this did not happen consistently, and Danny Sullivan clarified that this was not a deliberate feature of the change to Featured Snippets.

The layout changes introduced earlier in the month were not universally well received, with some blowback in the SEO community regarding the attractiveness and usability of the new design. In particular, there was some criticism of the new-look AdWords results, which some said were now more difficult to distinguish from organic results. This visual history of Google AdWords describes it as a “blurring of ads and organic listings”.

Google’s response came in a tweet on 24th January that they had listened to feedback and would experiment with different layouts, and try out different placements of favicons. As of today (11th of February), testing is ongoing. Somtimes, the bold “Ad” is gone, with AdWords are marked by Ad in a green box. Sometimes, AdWords are indicated by the bold “Ad“. For organic results, the breadcrumbs are still above the snippet, but the favicons have been removed. 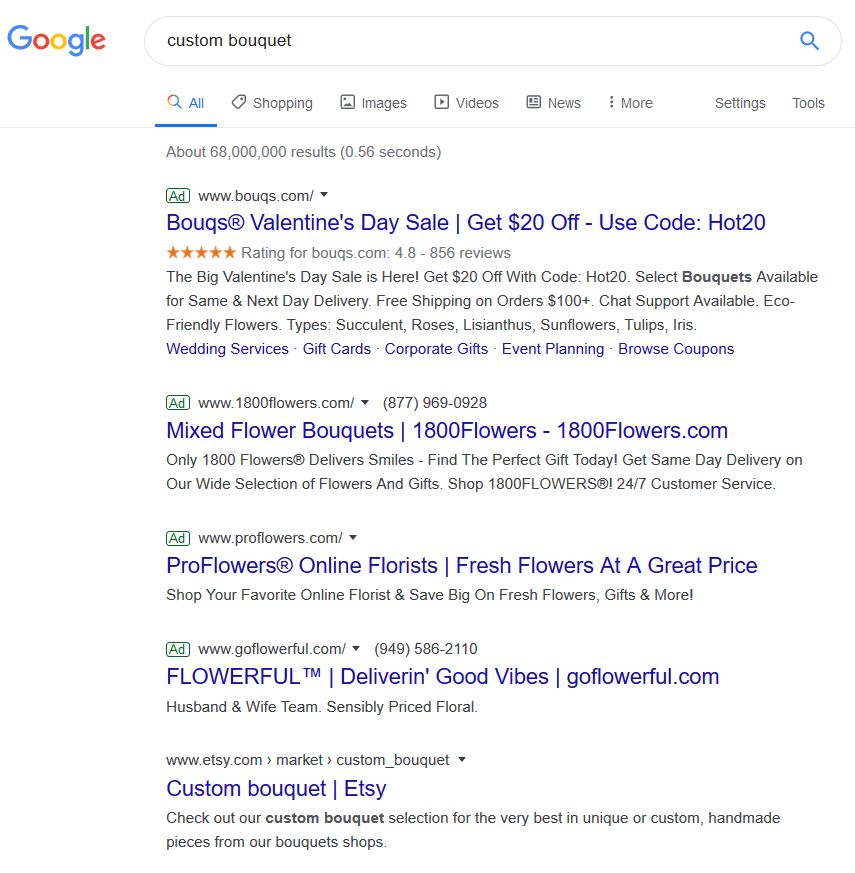 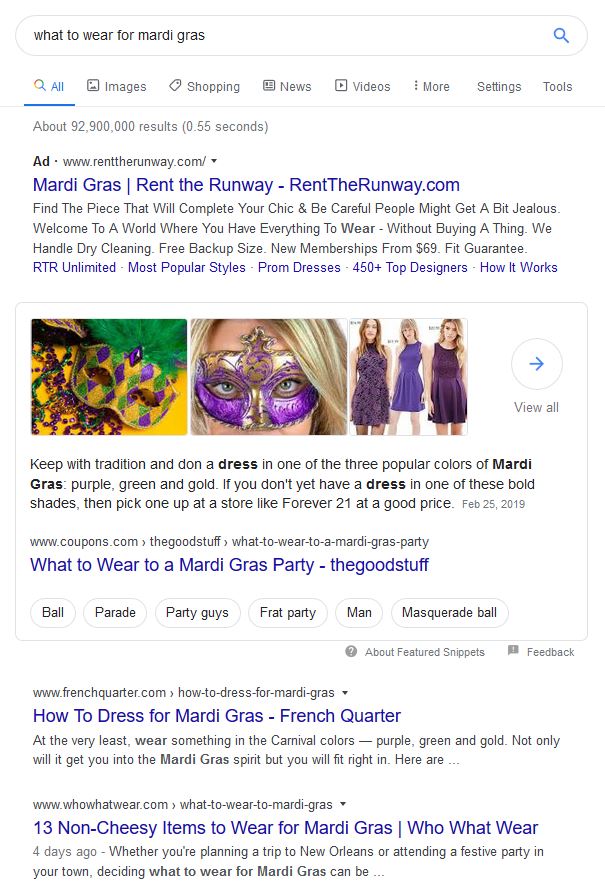 How to React to the February 2020 Google Update

Google’s advice regarding the majority of its updates (with the exception of those that look at a specific aspect of a website like page speed), is to focus on high-quality content. Following the last several Core Updates, Google has repeatedly referred to its guidelines for webmasters. Rather than offer specific details on the nature of any particular update, this blogpost contains general best practice tips regarding website content, quality and expertise that webmasters should follow if they want to be rewarded by Google’s search algorithms.

These points, together with Google’s Quality Rater Guidelines, are certainly vital reading for any SEO looking to understand how to build high-quality content. However, they don’t necessarily answer the question of how to respond to any specific update, whether it is confirmed by Google or not. At Searchmetrics, we believe that the first step to making correct decisions is gaining an understanding of what is happening. Our (long-read) guide to understanding Google Updates explains how to analyze the data around a Google Update, how to cut through the noise and how to avoid jumping to false conclusions. In any case, short-term, knee-jerk reactions are likely to bring, at best, short-term benefits, whereas a long-term strategy grounded in fundamental, data-driven principles is your pathway to sustainable success in Google search.

Stay up-to-date on all Google Updates and other SEO news with our monthly email newsletter – sign up now for free: