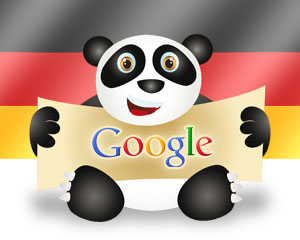 Google finally updated the German index yesterday. They communicated in their German and English  Google-Webmaster-Central Blog that the changes are now in place for every language except Japanese, Chinese and Korean.

As expected, the algorithm change was aimed mainly to article directories, content aggregators and people search engines. But the panda is still up to its reputation to provide surprises.

What made it challenging for us is the fact that they issued the update on the day that my company moved into a new office in Berlin and I happened to be away on vacation in the USA. But anyway, I took a break in the middle of the desert in Arizona to check the figures, winners and losers.

The Panda update should improve the quality of the search results by lowering rankings for poor quality websites (e.g. content farms, pages without relevance to the user). Any improvements that google have made will be visible in the next few days and will reveal their true impact over the next few weeks.

We have already showed the impact of the rollout of Google Panda USA and Google Panda UK, so we now want to show who lost and who gained from the changes following the Panda update in Germany.

We are showing the winners and losers in total and percentage figures. This shows very clearly who has lost visibility and who has remained stable. Although there is no guarantee that the victims of the Panda update will lose traffic we expect never the less a significant impact for many of them. More Information about this topic can be found here:

Here are the losers of the Panda update in Germany

The directories, content farms and pages focusing on tips and tricks have already been identified as possible targets of the Panda update. They are similar in construction to pages that have already been impacted by the previous Panda updates in the US and in the UK but other, rather unexpected losers, show how hard it is to predict the impact of such a huge change.

In the US, Google tweaked the Panda rollout after 4 weeks to make it more effective, it will be interesting to see how and if they need to further update their algorithm in Germany.

We will update the article once we find new information, figures or movers and shakers.

And these are the winners of the Panda update in Germany:

It is very interesting that media and newspapers are the winners in this Panda update. This is similar to the situation in the US and UK, where pages like techcrunch.com or msn.com got better positions in Google post Panda.

However, many of these winners are not necessarily preferred by the Panda algorithm, but they benefit from the fact that the losers in the SERPS before have gone.

The data I analysed can of course also be found in our Searchmetrics Suite to check for yourself.

We are at the moment monitoring more countries and will soon post information about how the Panda update impacted the rest of the Google world.

And just to show that you can do detailed SEO analysis from everywhere, here are some pictures from my working day, sitting in the shadow of a tree in the Arizonan desert. 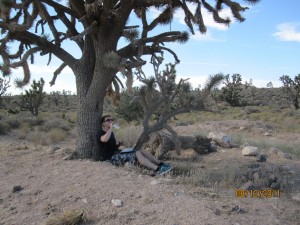 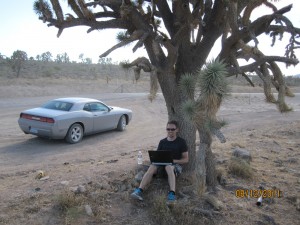 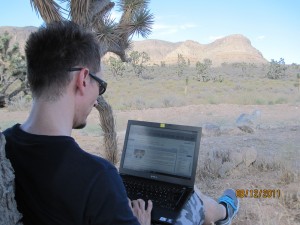 What are your experiences with the german panda update? Do you see any impact on your projects yet?