Google has announced that a December 2021 Product Reviews Update will be rolled out. However, it currently only affects English-language websites. So far, Google has not given any further information on whether the update could also affect other languages in the near future.

According to Google, the rollout should be completed within 3 weeks. On April 8, 2021, Google had already reported about updates to reviews. Also at that time, this update only affected English-language websites. 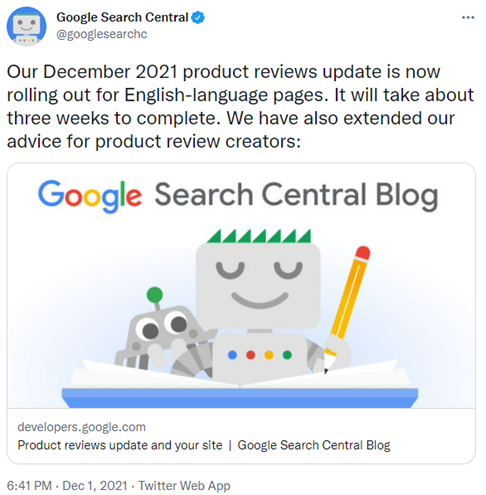 Why does Google want to update Product Reviews?

According to Google, users prefer extensively researched reviews to low-quality content that only summarizes several products. It therefore wants to react to this with this update and make improvements. In doing so, the search engine company does not want to directly punish low-quality product reviews with “thin content”, but it may of course be that rankings will be negatively affected.

Through the update, however, Google would like to reward, above all, websites with more meaningful reviews.

As soon as we have news about this update and when it is officially completed, we will announce it here.