Google has set a new precedent with its “June 2019 Core Update” by, for the first time in the history of Google Updates, announcing the roll-out of a major core algorithm change in advance. All information about the Core Update can be read here. If you’ve been affected by this Google Update, then you can request further information and a analysis of your website our experts:

Affected by the latest Google Update? Request a website audit

An analysis of our Research Cloud data can indicate some general trends and show us the direction Google is taking with the June 2019 Core Update. These observations are also discussed at length by Searchmetrics CEO, Jordan Koene, in our Voices of Search podcast.

Some updates don’t just change the way website content is evaluated – some impact the layout of the SERPs. One such change, in June 2018, was the roll-out of video carousels for a huge number of searches. This change to the SERP layout saw YouTube’s visibility grow by 25% in just one week. And with the June 2019 Core Update, we are seeing something similar – with another jump in video carousels, which now appear for 61.1% of desktop searches.

Several websites negatively affected by this update are news providers, which suggests that Google may be raising the quality bar regarding news topics. The way Google evaluates quality is far from transparent, but they seem to be going after sites who they deem to be offering low-value content for news topics. Two examples are dailymail.co.uk (in UK), as reported in Fast Company, and cbs.com (in the US). And whenever you have losers in a particular area, someone – likely a rival – will be reaping the rewards. The SEO Visibility chart shows how CBS’s loss was mirrored by Newsweek’s gain in the week of the update.

If low-quality, or smaller sites are losing out, then it is a natural consequence that larger sites with a solid reputation for quality content are going to be filling some of that void. A couple of examples of sites benefitting are yelp.com and yellowpages.com.

Google pre-announced a Core Update for the first time

On the 2nd June 2019, something happened that had previously been unthinkable in the World of Google: Google announced – in advance – that a major Google Update, altering the core algorithm, was coming. Google did announce its Google Mobile Speed Update prior to its roll-out in July 2018 but changes to the core algorithm have so far always only been confirmed or announced after they have gone live. Until now. The news of the June 2019 Update broke on Twitter, where Google not only revealed the upcoming date of the Core Update roll-out, but also provided the SEO World with a ready-made name for the update. The non-specific Core Algorithm Update was announced as set to start on the 3rd of June 2019 – and the official name was to be “June 2019 Core Update”. This information was published on the Google Search Liaison Twitter channel:

Tomorrow, we are releasing a broad core algorithm update, as we do several times per year. It is called the June 2019 Core Update. Our guidance about such updates remains as we’ve covered before. Please see this tweet for more about that:https://t.co/tmfQkhdjPL

Danny Sullivan, who is the face of the Google Search Liaison account, shared the reasoning behind this change in Google’s approach to its communication with the SEO and online market community, after receiving questions in response to the initial announcement Tweet. He explained that Google wants to be more pro-active with this kind of information – and let people know in advance to avoid them only finding out after the update has occured and then asking lots of questions. Here’s what Danny Sullivan said:

Nothing special or particular “big.” It’s the usual type of core updates that we regularly do. We just wanted to be more proactive. Rather than people scratching their heads after-the-fact and asking “hmm?,” we thought it would be good to just let folks know before it rolled out.

The Google Search Liaison Twitter channel was also used to communicate the ongoing status of the June 2019 Core Update. Right on schedule, on 3rd June 2019, Google announced that the Google Core update was now live:

The June 2019 Core Update is now live and rolling out to our various data centers over the coming days.

The Google June 2019 Core Update is the second major change to the core algorithm to be released in 2019. In March of this year, the Google March 2019 Core Update created significant upheaveal in the global search results. Above all, the Google Update in March 2019 affected search queries that are covered by the acronym E-A-T (Expertise, Authoratitveness, Trust).

This meant that many websites in the health sector were amongst the biggest winners and losers from the March 2019 Google Update. For example, one of the biggest winners in our yearly winners and losers analysis of most-improved websites 2018, verywellhealth.com, was amongst the domains that suffered most from the March Update, whilst other health websites, such as draxe.com, benefited from the changes made to the algorithm in March 2019.

What is a Core Update?

Core Updates are Google Updates that do not have a clear specific focus on a certain kind of search query or particular website characteristics. Instead, they make more subtle changes “under the hood”. While other major, well-known Google Updates like Panda or Penguin specifically target things like content quality or backlinks, Core Updates tend to impact websites in a wide range of areas. These updates to Google’s core algorithm are released several times a year. The first Google Core Update was recorded by Searchmetrics in January 2016.

What can I do if my rankings collapse after a Google Update?

At the end of 2018, Google provided some explanation of its Core Updates, stating that there aren’t any specific errors that webmasters can correct to recover lost rankings after a Core Update. Instead, Google recommends offering users the best-possible content – this is the best way of improving rankings. Google’s recommended first step towards achieving this is to study the Google Search Quality Rater Guidelines. This document is designed to help quality raters understand, in not inconsiderable detail, how to classify and evaluate content. 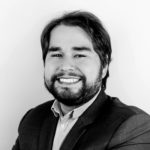 “Don’t freak out. Cool heads through these transitions with Google are the top priority. These issues can be solved, and you can fix any downturn from an algorithm update.” – Jordan Koene, CEO Searchmetrics

If webmasters can understand how Google evaluates different kinds of content, and what the requirements are for content to be considered high-quality, then they will be better placed to react if they find themselves losing rankings and traffic in the wake of a Google Update.

Affected by the latest Update? Request a website audit