by Holly Miller and Sebastien Edgar

If you haven’t heard of Siri, Alexa and Cortana, these three sexy minxes have been turning our heads (and standing SEO strategy on its head) by adding glamorous voices to the world of search.

But before you decide which voice assistant should get your final rose, consider this spoiler who’s created a soap-opera moment akin to: “If anyone can show just cause why this couple cannot lawfully be joined together in matrimony, let them speak now or forever hold their peace.” 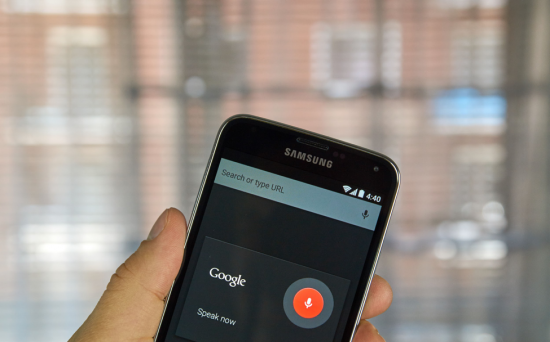 Google wants to make sure its voice rivals are jilted at the altar. With its new Google assistant platform incorporated in the forthcoming Google Home voice-assistant speaker and its Allo and Duo mobile messaging platform, the search king is launching a double-barreled assault on the mobile market.

Users increasingly are no longer tied to keyboards and touchscreens. They’ll be able to roam around the house and speak out loud to make restaurant reservations, (legally) search for great breakfast burrito places while behind the wheel of a car, and trump their friends by simply asking their phones or tablets for answers to trivia questions while sitting in a bar.

While there’s no doubt these are still very early days for voice search, our big takeaway is that Google’s announcement signals profound changes in the way users interact with their devices and connect to you, the marketer.

Online marketers should already be getting serious about optimizing their sites for the promise and pitfalls of keyboard-less input. As search becomes more conversational and long tail, marketers will need better linking, and to anticipate misidentified branded queries by voice assistants by capturing “did you mean” tags and keywords. Sites that don’t cater to the quick transaction should be adjusting content to capture top-of-funnel natural language queries and build awareness for their brands.

CEO Sundar Pichai pulled the pin out of the grenade during his Google I/O keynote, announcing that  20 percent of US-based queries on its mobile app in Android devices are voice searches. 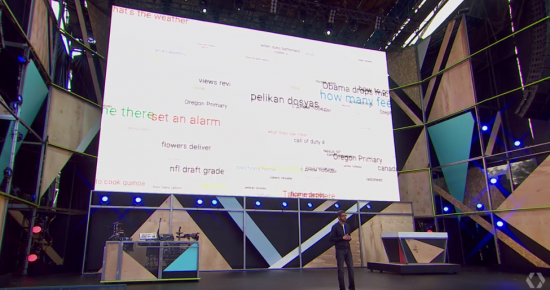 “We are pushing ourselves really hard so that Google is evolving and staying a step ahead of our users,” Pichai said.  “All the search queries you see behind me are live queries coming in from mobile. Today, over 50% of our queries come from mobile phones. And the queries in color you see behind me are voice queries. In the US, on our mobile app in Android, one in five queries – 20% of our queries – are voice queries, and that share is growing.”

Can You Hear Me Now?

Google’s evolutionary steps are coming at a quicker pace. When Google implemented its Hummingbird algorithm in late 2013, it was the company’s biggest move yet into semantic search – trying to judge the intent of a person carrying out a search by examining every word in the query to understand its context.

Then in 2015, Google confirmed RankBrain. It advanced the concept of semantic search by using a machine learning artificial intelligence system to delve further into intent.

The search king is unpacking those learnings in both Google Home and Allo, using a platform called Google assistant – much like Alexa is the platform for Amazon’s surprise-hit Echo speakers and Fire TV streaming media players.

Home is Where Google Aims to Be

Google Home is the logical reply to Alexa. The success of Amazon’s products prove consumers are ready for natural language voice search. Google’s plug-in home speaker can network with others in the house via Cast software to stream music and control some home-automation gear. You also can manage everyday tasks like Alexa, but it’s big draw is its Ask Google feature. That’s when the aforementioned Knowledge Graph and RankBrain gives the tiny speaker outsize heft.

At first blush, Allo sounds underwhelming. Another messaging app? Just what we need, right? Sure thing, you say sarcastically: I’ll ditch Hangouts, Whatsapp, Facebook Messenger, Apple Messenger and all those others that’ve been around for years. I’m sure Allo brings something new to the table.

And yet, Allo looks to be one of Google’s main weapons for maintaining search dominance. Happily, you can communicate with your friends just as easily (if not better) than rival messaging apps, but the key is that it lets you establish a continuous link to Google. By typing “@google,” you can access a wide range of services, from basic web queries to making restaurant reservations. Need to order flowers? You can do it directly from Allo. Want to find the latest headlines from CNN, here ya go.

Google’s chatbot platform simply is smarter than other chatbots out there. It uses Google’s Knowledge Graph, which stores trillions of facts about people, places and things and cross-connects them to present relevant answers to queries. Combined with RankBrain, it’s a potent tool in delivering useful answers to natural language queries.

Voice search is rapidly becoming table stakes in trying to reach consumers. It’s gone from fad to fashionable, particularly for younger generations – those in the coveted age group that is most likely to spend money. There’s lots of reasons people are embracing voice search, too: 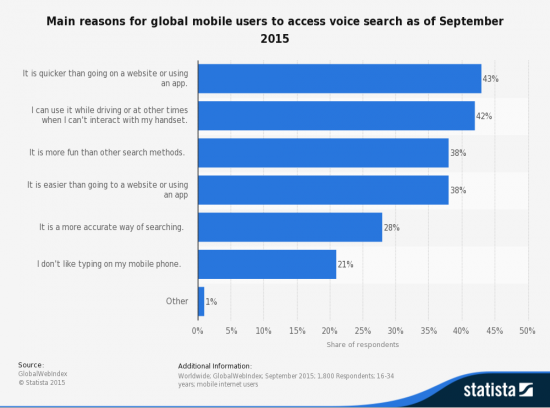 Before last week, we thought it’d be interesting to see just how advanced the technology will be in three to five years. Our bad! The future is now.