More than 70 countries around the world celebrate Mother’s Day on the second Sunday in May. If you’re one of the procrastinators, you’re frantically trying to book a brunch reservation, ordering flowers or looking for that perfect card to let Mother know how much she means to you. In this installment of Unwrapping the Secrets of SEO, we decided to celebrate the 110th anniversary of the creation of Mother’s Day by looking at the things its founder hated – over-commercialization of an event she meant to honor her recently deceased mother. A dive into the data uncovers some interesting truths about the billions of dollars in annual sales surrounding Mother’s Day. Read on to find out more.

“A printed card means nothing except that you are too lazy to write to the woman who has done more for you than anyone in the world. And candy! You take a box to Mother—and then eat most of it yourself. A pretty sentiment.” 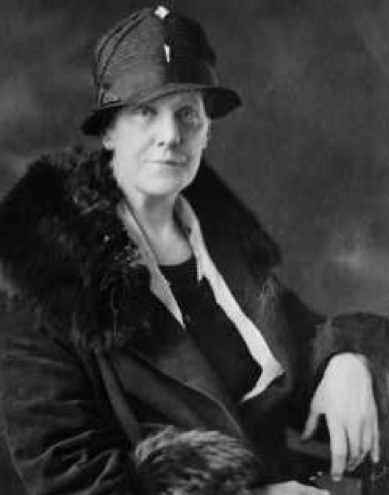 Anna Jarvis spent a good portion of her later years trying to undo a good part of what she had wrought in creating Mother’s Day. Her mother died on the second Sunday of May. Jarvis in May 1908 held a ceremony to honor her and other mothers. The following year, she couldn’t attend remembrance ceremonies at her mother’s church in West Virginia, and sent 500 white carnation instead. The reason: the petals don’t fall off the flower and “hugs them to its heart as it dies,” she said.

Commercialism took root  as word of these remembrances spread. According to Katharine Antolini, the Trustee of the International Mother’s Day Shrine, the price of white carnations skyrocketed from a half a cent each in 1908 to 15 cents in 1912. By 1920, they were priced at $1.00 each. To put that in perspective, today you can order a dozen white carnations for about $7.00. Afraid of leaving money on the table, the floral industry began peddling red carnations as gifts for living mothers.

Today, carnations don’t make the cut in search queries for many of the countries we surveyed. In the month of May, US search volume stands at 4,303. As one might guess, roses top the list for searches at 386,000, followed by orchids at 122,000 and lilies at 40,000. And different flowers are favored in different countries, but one correlation is that the most internet searches for flowers happen around Mother’s Day. In the UK, “Mothering Sunday” is in March. Searches for flowers in that month top more than 200K. There, carnations remain a bit more popular than in the US,  with a search volume of 14,872. It’s a slightly different story in Germany, where “nelken” (carnations) search volume rises to 29K in May when Germany celebrates Mother’s Day. Roses (rosen) have a search volume of 59K, followed by orchids with 48K and lilies with 33K search volume.

Americans apparently want to see the look on Mom’s face when handing her flowers. The top flower-related keywords are “flower shops near me” and “flower shop near me’. In Germany,  “blumen verschicken” (roughly translates to flower delivery, is a close second to “blumen” in search volume around Mother’s Day. In the UK,  “flowers delivery” and “flowers delivered” are the second and third in searches behind “flowers.” There also may be more than a few last-minute Mothering Sunday shoppers: “delivery flowers next day” and “same-day flowers delivery” round out the top ten UK searches.

Not in the Cards

Knowing the power of letter-writing, Jarvis wanted it to be part of the holiday’s commemoration.  Anna Jarvis Museum Director Olive Ricketts told NPR that Jarvis wanted people to be with their mothers on Mother’s Day, but when they couldn’t do that, they should send a handwritten letter.

What happened was an explosion in the greeting card industry. Statistic Brain suggests $671 million is spent on Mother’s Day cards in the United States alone each year, making it the third most popular holiday for the greeting card industry behind Christmas and Valentine’s Day. While the search term “mothers day cards” has a search volume of 438K in May,  “greeting cards” has a search volume of 40K, ranking as the second most popular month behind December.

Internationally, according to Google Trends, the search for “Mother’s Day” is most popular in Central and South America, with Guatemala topping the list. Showing mom love with words seems to be how Guatemalans celebrate the day: the most popular related search term is “tarjetas dia de la madre” which roughly translates to “Mother’s Day Card.”

Brits appear to be much less interested in greeting cards for mom than Americans . Search volume for “mothers day cards” tops out around Mothering Sunday at just over 100K, and a paltry 892 for “Mothering Sunday Cards.”

Candy companies took the sweet sentiment that was the cornerstone of the holiday quite literally, and it only fueled the fire building in Jarvis over the commercialization of Mother’s Day. As she watched candy makers rake in profits from her holiday, she tried to disrupt that industry, too. In 1923, she protested by crashing a candy convention in Philadelphia. Today, she might be less hostile. Mother’s Day doesn’t even register as a money-making event for candy producers in the United States — they focus on Valentine’s Day, Easter and Halloween. Search volume for candy is relatively flat in the UK, Germany and the US throughout the rest of the year.

While Jarvis would be happy that moms are being celebrated, Mother’s Day is now a $20 billion holiday in the US — a fact that would have disappointed Jarvis deeply, but how people are looking to spend that money would have irritated her even more. People in the US still gravitate toward sending flowers — the search volume in May for “flower delivery” is 593K while the in-person “brunch” spikes for the year in May at 284K.

In the UK, going to the theater is a popular activity for Mothering Sunday — the search volume for “theater” peaks in March at 46K. And in Germany, “muttertag film” is the top activity under Mother’s Day-related search terms, with a search volume of 2,885.

Together, florists and greeting card companies get the lion’s share of what people are searching for around Mother’s Day, but it looks like searchers in the US, UK and Germany need help figuring out what to get mom. For non-date-specific terms, Searchmetrics data shows the generic “Mother’s Day gifts” are the most popular Mother’s Day-related search terms in the US and the UK around Mother’s Day and Mothering Sunday, respectively. Germans apparently don’t have as much trouble with what to get mom — “muttertag geschenk” is the 5th most popular search term.

A lot can fit under the category of “Mother’s Day gifts,” which can return an overwhelming range of options for clueless sons and daughters. For ecommerce sites and publishers looking to cut through some of the noise, it might be a signal to  target long-tail keywords to get their sites in front of the right eyes.

Sons and daughters face the big question of what to get mom every year, but that doesn’t mean it gets any easier to find that perfect gift. But with the right data, marketers can help guide searchers to the perfect gift that mom didn’t even have to ask for.