Industry watchers said in 2017 that search builds traffic and social builds brands, but Chinese developments could change everything. As digital marketers consider allocating resources to one or the other, they might want to consider that the distinction between search and social looks set to fall away in China. Google’s investments indicate that what happens in China may soon happen elsewhere. We give you the background and discuss what this means for the future of online marketing. 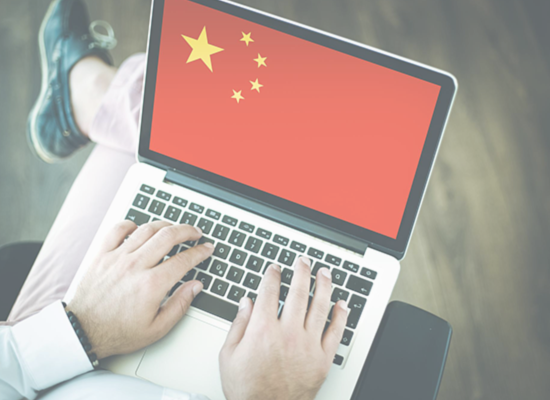 Google is going back to China. Previously, Google had been unwilling to comply with Chinese law regarding which search results could be displayed. But with 772+ million internet users making up the Chinese market, Google is preparing to overcome these hurdles. CEO Sundar Pichai reportedly agreed – reversing the company’s earlier position – to tweak its SERPs for the Chinese market. The expected roll-out will depend on the right political and commercial moment, but the Chinese version of Google search is expected to become available inside the Great Firewall within six to nine months.

By moving into the Chinese market, Google is entering a mature digital ecosystem. Rather than build products from scratch, the search engine giant is entering into cooperative ventures to capitalize on its strengths. For its search service in China, Google is cooperating with a Chinese partner, probably Tencent (Tencent is the parent company of the social media behemoth, WeChat (aka Weixin). And while WeChat currently uses Sogou (also owned by Tencent) for search, Google will probably launch its Android search app on WeChat’s social platform. This will put it in direct competition within WeChat with Tencent’s own search engine, but is nevertheless the most likely strategy for Google to take.

When trying to predict how search will merge with social, a timeline of Google’s Chinese projects and partner investments gives us possible insights into its strategy and the verticals which could be impacted first. Here is a selection of Google’s most important moves in the Chinese market:

China isn’t Europe. Whereas European marketers suffered a collective headache in May 2018 with the introduction of GDPR, marketers in China have much greater freedoms to take advantage of personal and big data.

There is nothing like WeChat outside China. It offers the ability to install mini-apps within WeChat, including games, productivity tools and a wide range of service apps, effectively offering a great proportion of what is available in Apple’s App Store, all inside one app. It’s a one-stop shop on iOS and Android for integrated social media, traffic, apps, earned media, and brand cooperation.

As a result, WeChat has comprehensive access to users’ lives. Laws regarding personal privacy aren’t as restrictive in China as in other parts of the world, and the app has full permission to store users’ fingerprints and DNA. It can track users’ contacts, locations, and transactions. It can download all data off users’ phones onto its servers, where it might permanently store the information.

Access to such comprehensive social profiles means that marketers can theoretically target individuals, rapidly, and in incredibly fine detail. WeChat’s broad access is great for cross-marketing. If product A is connected to product B in terms of consumer behavior, then buyers of product A can automatically be targeted with ads for product B.

Tencent’s Chief eXploration Officer, David Wallerstein, explains that Chinese users hate ads. They hate banners. They hate timeline intrusions. They don’t want their social media experience to be interrupted. WeChat’s social monetization strategy is quite different from that of western companies. That’s why personalized and culturally intelligent ad targeting are so important.

Beyond personalization, WeChat focuses on a seamless experience. The aim is to make social, search, and monetization into a synthesized reality, a lot like gaming: addictive, immersive, with blurred lines between VR, AR, and real-world activities and payments.

WeChat recently introduced mini-programs – little, instant-access apps – to keep users inside the social media app all the time, jumping from entertainment, to service, to business, to search, to brand, to job, to travel, to transportation, and so on. WeChat leads customers to bots, QR code payments, Touch ID, voice interaction, image search, user identification, customization, adaptable interactions and GPS tracking. Spending becomes so convenient and quick that users can lose track.

This is a completely different environment to what companies operating in Europe and North America are used to optimizing for. Here, you could turn your marketing campaign into a service, digitally integrated with other brands and services, and form marketing alliances with other businesses.

Tencent started with QQ as a simple text messaging system, and QQ still has a billion users today. But a few years ago, Tencent launched WeChat as a kind of Swiss army knife (Made in China) full of functions. The development of WeChat shows where voice interaction and chatbots can go. You can now use voice, visual, and bot capabilities to access customers at all levels of the sales funnel and across channels.

Aware of the user experience they were trying to create, WeChat rapidly removed the need to type long text messages and even long tail search engine queries. It also incorporated innovations like face recognition. You can apply for a student loan in China using a bot, and receive the money in minutes, based on a selfie and the face recognition on your smartphone.

Consider streamlining products, services, and payments within digital marketing so that your campaigns respond to this level of mobile lifestyle. Focus on AI development to create a smooth experience that embraces a whole range of everyday potential decisions.

In China, WeChat has become one of the top ways to live, talk, work, buy things, and deal with doctors, banks, police, and state authorities. This year, the app is issuing virtual ID ‘net’ cards for all transactions, which will probably become digital government IDs. This also applies to users outside China, and WeChat has set its sights on going worldwide. As Google returns to the Chinese market, that likelihood is greater than ever, and marketers should be aware of the opportunities this different kind of ecosystem presents.