Right after the SEOkomm in Salzburg it was on to London for the iStrategy conference. Personally, I found it to be truly outstanding mainly because the lectures skipped the topic of SEO altogether – a welcome change after all of the SEO conferences that took place last year. At iStrategy, the focus was more on the strategic marketing approach. The target audience was more on people with a marketing background.

The conference was at Twickenham Stadium, the birthplace of English rugby. A very cool place indeed: 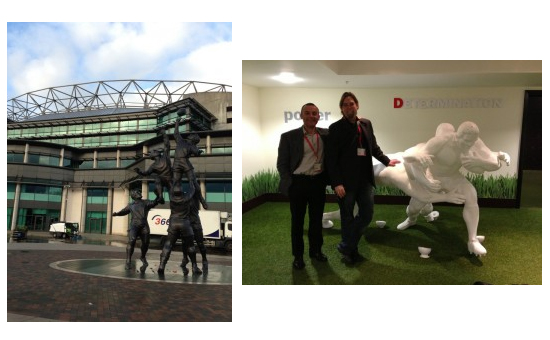 As with many recent conferences, there was also a heavy focus on topics surrounding social media/networking. This seems to be the Holy Grail for most marketers, which is why channels that currently function well end up missing the mark. Facebook was a common theme in many of the lectures…but more on that later.

Keynote: The Power of Simple: Lessons from Apple (Ken Segall)

Ken Segall gave the introduction. He worked together with Steve Jobs for 12 years, both at NeXT and at Apple. Segall and his team oversaw many projects including the Think Different campaign. He has written a book called Insanely Simple about the approach – which is precisely what it is all about for him. There are an endless number of examples where simplicity would have been the better route. Yet this is exactly what presents the greatest challenge. He puts it so well: “Being simple is not simple.” More exciting still is that the “Think Different” campaign existed even before the book. And what he points out about the number of products says a lot: Dell sells 44 different laptops, HP sells 49 – Apple has just six. Keep it simple.

On that note, while I was at the hotel I took a picture that was more than fitting. Of what seemed like 100 buttons, I needed, just five: up a channel, down a channel, volume up, volume down and off. Nothing more. Later I had the opportunity to speak with Ken for a bit longer. A highly fascinating individual with interesting ideas. 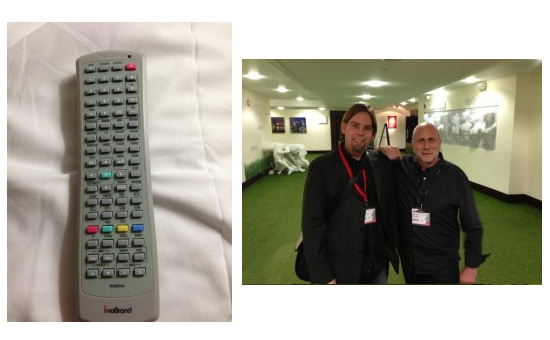 Another lecture I really enjoyed was given by Ybrandt Digital. The topic was Facebook and their project to develop an AdSense alternative. Ybrandt is one of the world’s largest agencies for Facebook advertising and already has exclusive access to a wide range of new tools. He did not reveal exactly what is to come, but he was the one who made the reference to AdSense. The cat seems practically ready to leap from the bag.

What I found to be especially exciting were the new tools from Facebook he discussed at some length. These included the option of using contacts from one’s own CRM system to target these people on Facebook by way of a special campaign through Facebook Exchange. This type of re-targeting is enjoying great popularity. While this does, of course, pour even more data into Facebook’s giant volume of data, it at least gives you the opportunity to reactivate your inactive members. He also believes that Facebook does not necessarily have to handle conversion. The issue is more about generating interest and converting it via search.

He presents the practical example of the Facebook “Game of Thrones” campaign undertaken by HBO in order to boost its lackluster DVD sales of the first season. The campaign involved uploading a photo of yourself, finding a friend as a would-be opponent, and then getting your network involved to decide the final winner of the deadly virtual duel. At the end, there is a video of the last scene in which the winner is holding the loser’s head in his hands. The idea went over remarkably well and resulted in exploding DVD sales. Special coupons were offered after the video. HBO therefore knows that most sales (82%) were mediated via Facebook. And Game of Thrones became the network’s fastest-selling series on DVD ever.

What Makes Business Rock – and What is the Future of TV? Bill Roedy, MTV Networks

The final keynote lecture was given by Bill Roedy from MTV. What impressed me was how he got along completely without a presentation – a rarity at most conferences. Of course, he spent most of the time on the topic of TV and online video but also included a few anecdotes from his own life. Roedy knows that times are getting tougher for traditional television. At the beginning of the lecture he also quoted the popular saying “Half of the budget is wasted. You just do not know which half.”

This is different in the case of online video, which makes it possible to measure volume, thus simplifying decisions. He believes content is no longer king – navigation is. This is an important issue. He also mentioned that way back in the day, opinions were emerging that predicted the death of advertising with the invention of the remote control. It didn’t quite turn out this way of course.

He concluded his lecture with the same words of wisdom I will use to close here too: There was a time when there was no such thing as the Internet… Being adaptable is key!