One benefits of driving in the slow lane is you get to enjoy the scenery in a lot more detail. Anyone in the driver’s seat on the web has no such illusions. Speed and nimbleness are important keys to online success. Problem is, that racer mentality could come to a crashing halt in coming weeks in the US, thanks to a decision to overturn so-called net neutrality rules that helped level the playing field for companies doing business on the internet.  In this installment of Memo to the Modern Marketer, guest contributor Nicolas Finet looks into how the end of net neutrality may affect the digital marketing landscape. 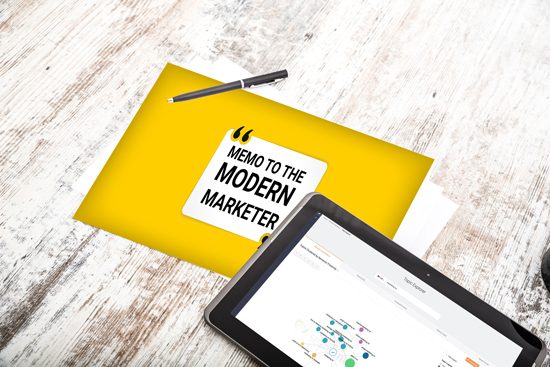 What is Net Neutrality?

Net neutrality rules were originally approved by the FCC in 2015, to the delight of companies seeking open and fair access to the internet around the world. The guiding principle of net neutrality is that Internet Service Providers (ISP) must treat all data on the web the same – giving no one provider preferential treatment over another.

In practice, net neutrality rules mean that ISP’s are:

The EU also has laid down a framework on net neutrality, but some of EU countries have stronger laws nationally, or are discussing passing them. Neelie Kroes, former European Commissioner for Digital Agenda, has asked “national legislators and regulators to wait for better evidence before regulating on an uncoordinated, country-by-country basis that slows down the creation of a Digital Single Market“.

The FCC in December, under new leadership in the Republican administration of Donald Trump, rescinded those rules despite heavy criticism from Google, Amazon, Netflix and hundreds of other companies. In a statement, FCC Chairman Ajit Pai the aimed to stop the federal government from “micro-managing the internet”. The new rules took effect April 23.

For now, don’t expect much to change. Internet service providers have signaled they don’t plan to make any immediate changes that would give some companies or products, including their own, preferential treatment over others. Industry groups are challenging the FCC’s decision in court, and many state regulators are mulling enacting their own version of net neutrality.

The status quo won’t last, and that’s why marketers need to be worried. No one wants to be stuck in the internet slow lane, or beholden to ISPs – with few options for legal recourse if those ISPs make moves that could hobble your business.

In the past two years the Title II status of ISP and cable companies tied the hands of ISPs such as Comcast, AT&T and Verizon by labelling them public utilities. With the removal of these regulations. the telecom giants now have free reign over how they charge their customers. Lifting the net neutrality restrictions means that they can censor, slow, or prioritize internet content for users on their network.

It goes without saying that without regulation, the internet could look like a very different place for consumers and marketers in the very near future. Net neutrality advocates have been sounding alarms that the federal government is giving internet providers too much control over how online content is delivered.

For small businesses, the end of net neutrality could see dramatic shifts in traffic, sales and how enterprises go about online marketing. The current online environment allows open-source software, startups and consumers to compete for the spotlight without needing to pay more to ISPs than anyone else. Businesses are on an even footing – with some of the only costs associated with having a website being web hosting and domain name registrations.

Internet marketing and the SEO industry has developed in this equal yet competitive atmosphere. With ISP’s now having the ability to change the rules, marketers will need to be more flexible and adaptable. They’ll need to quickly think of new strategies and tactics to drive traffic and convert.

These changing times may also stifle innovation as it will be harder for the next generation of online services to compete – if, for instance, they have to pay to be placed in a so-called ‘internet fast lane’ to be found by internet users.

A Future Being Written?

Here are some ways that the repeal of the regulations could affect the internet as we know it:

Those are worst-case scenarios, to be sure. Then, too, Internet Service Providers will have the power to block or slow down the loading speed for sites that they consider rivals, which will lead to higher bounce rates for the sites affected. Further, they can also cooperate with certain businesses and companies to guarantee a faster loading time for their websites, therefore putting competitors at a disadvantage.

If service providers created plans packaged into types of browsing, creating content directly on social media may become the norm. Users may need to be on a higher-priced plan to click through to shared links, so content hosted directly on Facebook or Twitter would be seen by more users.

Since profitable companies can invest more on internet services to assure that their content is the first one to be seen, companies with less capital will struggle.

Every marketer is aware of the fact that content and social media marketing are the best channels for driving traffic.  Even if you have great content, though, readers might not be able to access it under the revoked net neutrality rules.

If SEO is no longer your friend without net neutrality, you’re deprived of one of the key tools for being able to compete with larger, deep-pocketed rivals. Instead of selling products directly on your own website, eCommerce companies will have better luck finding customers by selling on established platforms such as Amazon or Ebay. They get a cut of your sales, and could gain leverage to take an even larger cut over time.

Google has dominated searches for years with 74% of all searches in 2017 conducted on Google. Without net neutrality, competitors like Yahoo or Bing may strike deals with ISPs so that they set the users as default to their own search engines.

Since the first email was sent and the first search was completed, the internet has been a place where everyone stood on equal footing. Every business – from small mom and pop shops to large corporations – had the opportunity to start and promote their business.

ISPs are stating that not much will change from the current operating standards, but the fact is that the end of net neutrality has great potential to negatively affect consumers. It’s in the best interests for consumers, business owners and marketers to defend net neutrality.

Alll is not lost. A group of 21 U.S. state attorneys general filed suit to challenge the FCC’s decision to repeal net neutrality regulations. If you’re interested in speaking out, there are still ways to get involved. Sign the petition, call your local legislator or share information through social media.