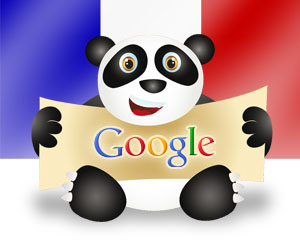 Having considered the German winners and losers, here is an analysis of which French sites have incurred visibility gains and losses from Google’s Panda Update.

In France, the update seems to have affected a similar group as in Germany, the USA and England, but there are still a few surprises you might not have expected. There are a number of winners in France that were counted among the losers in Germany. If there was any doubt before, this makes it clear that this is an algorithmic update and not a deliberate manual devaluation of entire sectors.

SEO visibility losers from the Panda Update in France

But first, let’s take a closer look at the Panda Update losers from France. In the table, we can see the visibility (OPI = Organic Performance Index) and the absolute and percentage losses for each site:

Sites like ciao and twenga were to be expected – in the price comparison segment, the only surprise is that idealo was also caught in France (-39%). And, while it is impressive how gigantic wikio was in France (more on this later), lexpress.fr’s losses (-17%) are quite amazing. Until now, news sites have mostly profited from the Panda Update but obviously this is not the case in France. Finally, the losses for flickr (-24%), mashable (-14%) and scribd (-51%) are also quite interesting.

SEO visibility winners from the Panda Update in France

Now, take a look at the sites with improved visibility following the French Panada Update.

A few aberrations catch the eye from the French Panda Update, when you compare the visibility of sites that have a presence in both France and Germany. An example of this is the Cylex Business Directory. As the site cylex.de gained visibility in Germany, its French counterpart, cylex-france.fr, lost heavily.

However, there are also differences in the magnitude of visibility losses, which is of course directly related to the size and previous visibility of a site. Wikio is an example. In France (OPI > 1 mil.), wikio’s visibility deteriorated at a significantly higher rate than in Germany (OPI ca. 120k). The OPI is also comparable across countries, because it takes into account the search volume of respective local keywords. Thus, wikio seemed to be something of a powerhouse in France… before the update.

We have highlighted the equivalent timeframe in the graph below as for the above representation for France.

In France too, sites without extra added value  lost.

In conclusion, you could say that the update has played out similarly to the way it did in Germany. The losers included content farms like suite101.fr and 1001actus.com, as well as some price comparison sites and groups like wikio, people search engines like 123people.fr, and song lyrics sites that only briefly attract users since they only aggregate content and have little of their own content.